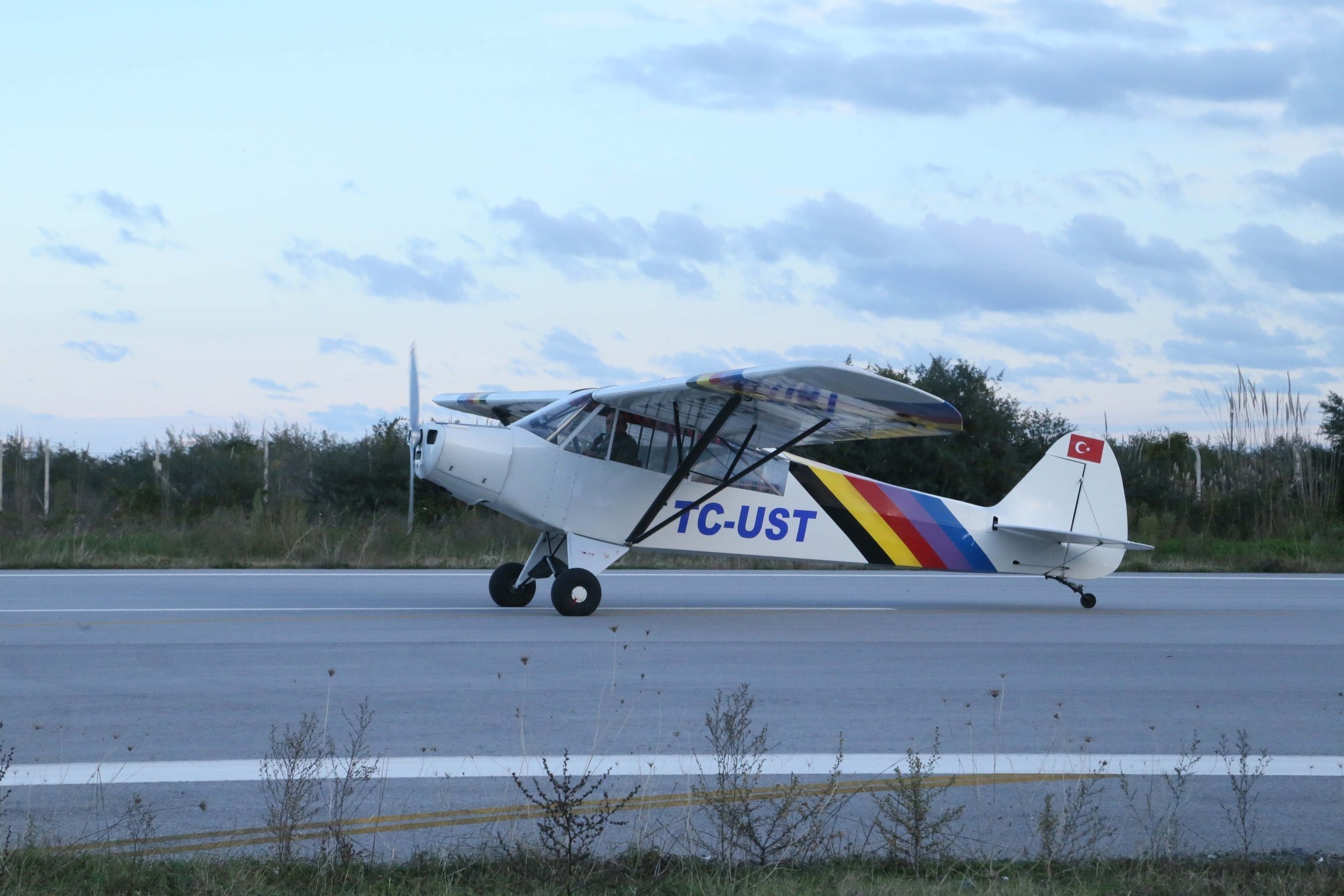 Flying has been a lifelong dream for Aytekin Turgut, a dentist from northeastern Turkey's Samsun. "My biggest dream was to become a pilot," he says. So, 29 years ago Turgut bought a 1950 Piper PA-20 Pacer aircraft from the Turkish Aeronautical Association (THK) and started repairing it on the roof of his house.

"We used a crane to put it there. We worked day and night for almost months to restore the plane and brought it back to flying condition," he said.

Turgut, a member of Samsun Sportive Aviation Club, has flown the aircraft ever since, making his dream of flying above the clouds come true.

"Ever since I was a little boy, I dreamed of becoming a pilot. I love flying. Even after becoming a dentist, I did not give up on my dreams and eventually got my pilot license. Now, I fly during my spare time," Turgut said.

Although he got help from his technician friends, Turgut repaired most of the plane by himself on the roof of his house - something most people find hard to believe.

"When I first bought the plane, it was in really bad shape. I repaired every single part of the plane myself. My biggest supporters were my wife and children during this time. We worked together as a family. When I did not have a patient to attend to, I ran to the house to continue with the repair. I gave the plane the first try after I mended the wings. After that, I began flying regularly. I have had this plane for the last 30 years. Flying makes me feel young again. I will continue to fly as long as I am healthy," he said.

Turgut has passed down his interest in flying to his children. One of his sons is a pilot for a private aviation company while the other is a licensed paraglider.