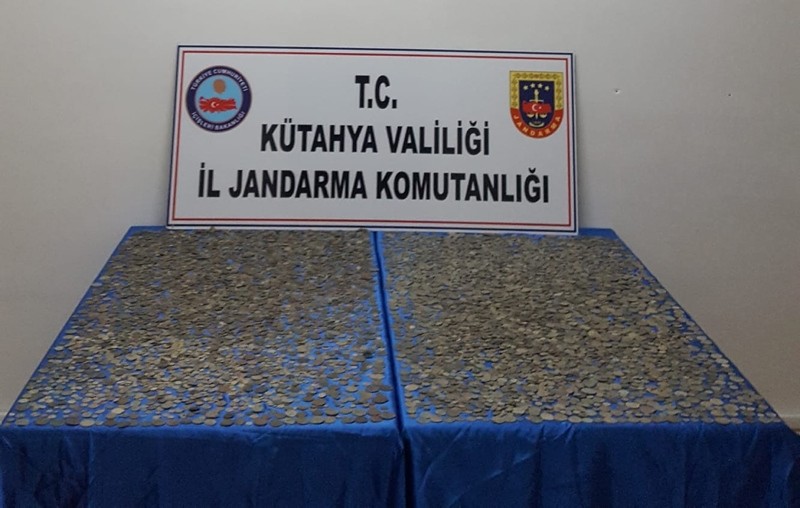 Turkish security forces on Thursday confiscated around 10,000 historical coins dating back to Roman and Byzantine eras in the Aegean province of Kütahya.

In an anti-smuggling operation, the gendarmerie raided a gas station after a tip off that a group of people were plotting a historical artifacts smuggling.

The gendarmerie caught four suspects in the act.

The suspects were taken to the provincial office of gendarmerie following medical check-up.