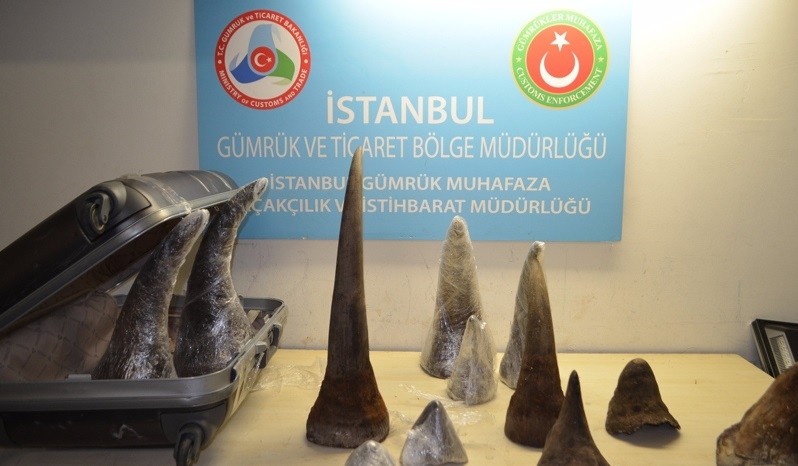 The horns were found in luggage belonging to a Vietnamese passenger traveling from Mozambique to Ho Chi Minh airport in Vietnam.

According to the Ministry of Trade, the horns were worth some 12 million Turkish liras ($2.2 million) and they were seized under the Convention on International Trade in Endangered Species of Wild Fauna and Flora (CITES) laws.

The ministry said the Vietnamese passenger's past travels triggered red flags in Intelligence Information System which prompted security forces to detain the passenger upon landing.

An official investigation into the passenger was launched and the horns were handed to a local branch of Ministry of Food, Agriculture and Livestock.