Thousands of Christians make pilgrimage to church in southern Turkey 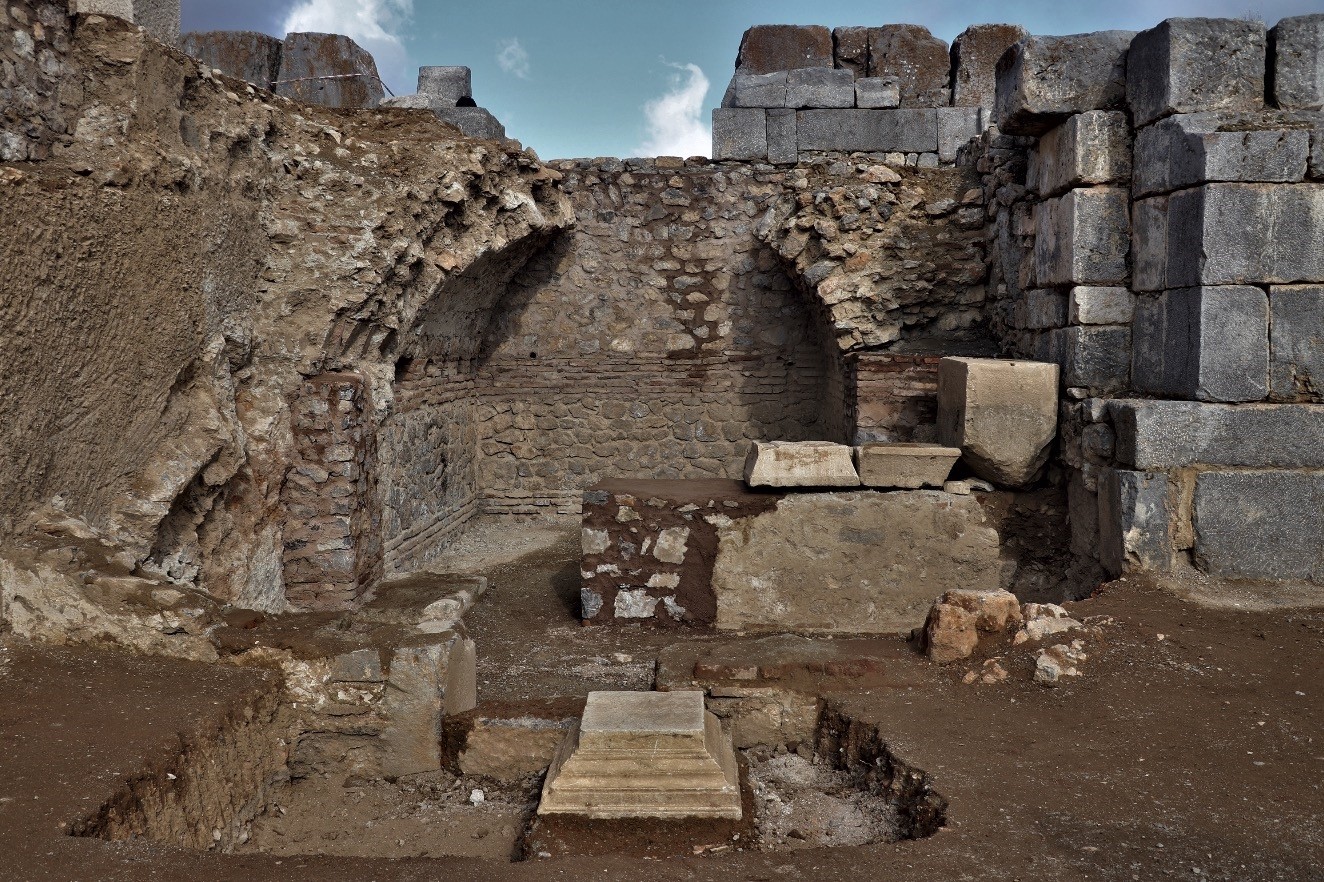 Excavation work continues to unearth the details of the St. Paul Church in the ancient city of Pisidia Antiocheia, which is todayu2019s Yalvau00e7 district of southern Isparta province.
by Anadolu Agency Dec 17, 2018 12:00 am

As the earliest and largest basilica in Anatolia, the St. Paul Church in southern Isparta province has drawn about 15,000 Christians on pilgrimage so far this year

St. Paul's Church, located in the ancient city of Pisidia Antiocheia in Yalvaç in Isparta province, where excavations continue, has hosted 15,000 Christians making a pilgrimage this year.

Antiocheia Excavation Head and Süleyman Demirel University (SDU) Faculty of Arts and Sciences Faculty member Mehmet Özhanlı told Anadolu Agency (AA) that excavations in the ancient city have been carried out in the Temple of Men and St. Paul's church this year.

Özhanlı emphasized that the church is important to the Christian world, saying that the building is the earliest and largest basilica in Anatolia. He said: "Of the 20,000 pilgrims to the ancient city, 15,000 visited St. Paul's Church. Many Christians come here on pilgrimage. It is a 70-meter-long and 27-meter-wide church. We know that construction started in the 4th century and was completed in the 6th century. In 325, the structure caused Antiocheia to be declared a pilgrimage center in the first consul of Christianity because there is a synagogue here. When St. Paul arrived in 46 A.D., he preached a sermon to the Jewish community at the synagogue. He came here two more times. Then it was declared a pilgrimage center. Many religious groups come to the church and worship here with the permission of our ministry. With the excavations, we have expanded the area, which has become a church. From now on, people coming here will worship more comfortably." 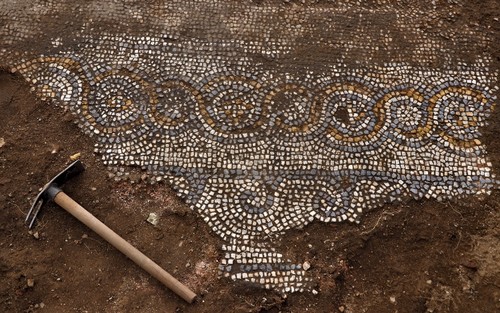 Indicating that they have revealed a structure in the northern part of the church during the ongoing excavation work, Özhanlı said they found the building had been destroyed by a large fire.

Noting that base mosaics were uncovered during excavations, Özhanlı said: "We unearthed a mosaic symbolizing peace with St. Tekla and pigeon motifs. A mosaic made with high quality, colorful stones. It is estimated that the church was built in the late period."

Özhanlı said that excavations will be completed in two years if they are included in the pilot excavation area to be prepared by the Ministry of Culture and Tourism, adding: "When excavations are over, pilgrims can come and worship comfortably here. Thus, we will transform this into an area where they leave plenty of foreign currency. The Christian community also works for the tourism potential that should be here. If we finish in two years, the number of visitors will increase to 60,000 from 20,000 currently. This will make a great contribution to the tourism sector of the country. We will show that not only the coastal section, but also Central Anatolia is effective in tourism."

Well-known in the Christian world

According to Özhanlı, this region is well-known in the Christian world, but not very well known in Turkey. "With the promotional work to be conducted, the region will make a breakthrough," he said.

Emphasizing that Isparta has many important tourist sites, Özhanlı said: "There are 40 mound settlements in the Yalvaç Plain prior to 3000 B.C. There are nice roads that have survived into the current time. There are road routes and a nature tourism area. In addition, there is the Temple of Men in Antiocheia, a unique structure in the world. If there is enough promotion on this issue, it will be intense enough to cover the income of this place and contribute to protection measures. In addition, tourists will bring money to the local people. We have everything; we just need to introduce it and offer it to people."