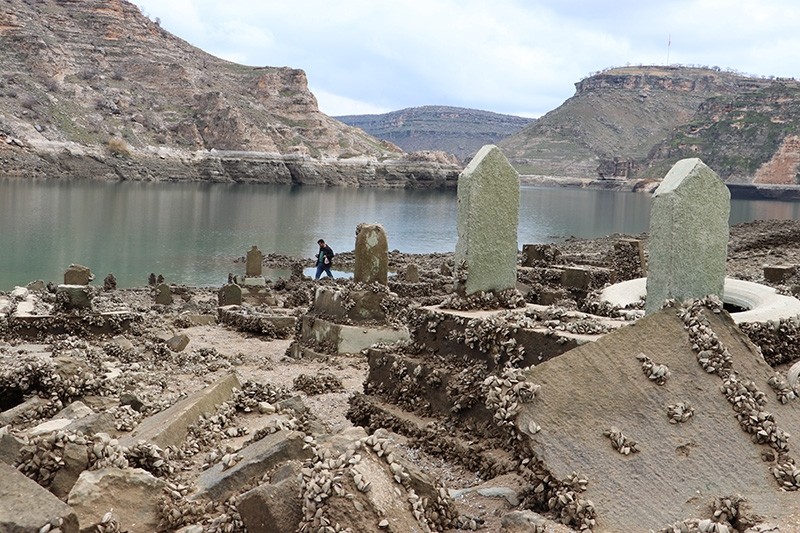 Receding water level at the Tigris Dam in Turkey's southeastern Diyarbakır has uncovered a village and an ancient tomb believed to be belong to Prophet Elisha.

One of the hatches of Tigris (Dicle in Turkish) Dam, which constructed in Eğil district to control the water level, broke last Thursday due the heavy rains.

The water level decreased by around 10 meters (32 feet) and revealed the remains of Çakırören neighborhood, including the tomb of Elisha (Elyesa) -- one of the 25 prophets mentioned in the Quran. 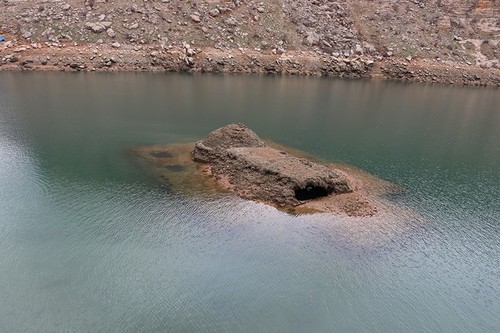 The tomb was moved to Ziyaret Hill in Diyarbakır and its original site was submerged in water.

The remains of houses, a mosque, a seminary and graveyards were also found.

Former residents of the neighborhood saw their old houses and visited the graves of their relatives.

Abdurrahman Kılıç, 53, told Anadolu Agency when he was a child they had to move to the city center after water level of the dam increased.

Stating that there were 78 houses in the village then, he said all the residents were relatives.

"At that time, we made a living from the vegetable and fruit gardens on the banks of the Tigris River," Kılıç said.

He added that the village had remained submerged for 20 years and water level had dropped this low for the first time.

"Not only I but my whole family came to see the houses," he said.

"We got so happy when we saw our village. The whole village has not emerged yet; had the water been drawn out another six meters you would be able to see all of it."

Mehmet Inci, 36, said that tomb of Elisha was in the village before it was transferred to another place in Diyarbakir in 1995.

Inci also invited people to visit the area to see the historical structures.

The broken hatch was replaced with a new one on Tuesday, mitigating risk of flooding for locals living in the settlements near the Tigris River.

Prophet Elisha is recognized as sacred by Jews, Christians and Muslims. His name is mentioned in the Torah, Bible and Quran.