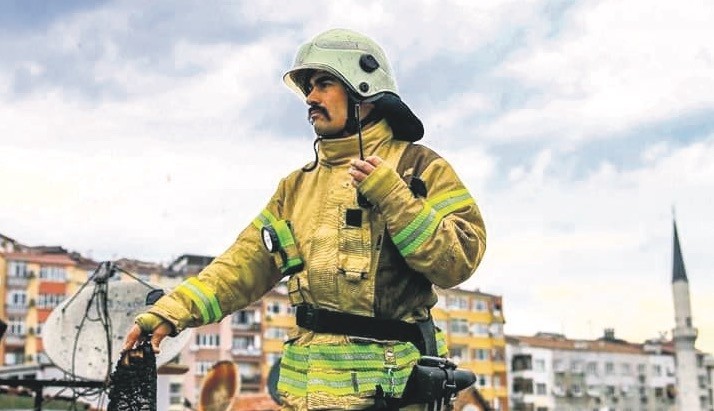 The fire brigade of Fatih, a historic Istanbul district, hit the jackpot after they earned the praise of an elderly woman. The frail lady, who passed away in 2003 at the age of 94, was Mahmure Birsen Sakaoğlu, a childless widow who was saved by the same fire brigade when she was 3 and again at 91. A former Miss Turkey and a doctor, Sakaoğlu donated the trimonthly interest on her inheritance – TL 16 million ($3 million) – to the 270 people at the fire department.

Hakan Karahan, a 21-year veteran of the fire brigade and the youngest among the firefighters at the age of 42, is the "luckiest of them," fellow firefighter İlyas Kuşaklı says. According to the will Sakaoğlu drew up in 2000, the money will be deposited in a bank, and the staff of the fire department will receive its accumulated interest every three months. The interest will only be paid to firefighters, not their next of kin, and if one passes away, his stake in the inheritance will go to the others; thus, Karahan will be the highest-paid firefighter. "I tell him to mind his health so he can outlive us," Kuşaklı jokes. Time will tell how long they will live, and so far, three out of the 270 have died.

Kuşaklı was among the firefighters who helped evacuate Sakaoğlu from the flames that had engulfed her home, three years before she died of old age. "I saw her only once, during the fire. We found out that we were entitled to her inheritance when her lawyers called us six months after her passing," he said.

So far, more than TL 30 million in interest has accumulated, and each firefighter will be entitled to about TL 120,000-130,000. When all the firefighters die, the inheritance of TL 16 million will be donated to the state according to Sakaoğlu's will.