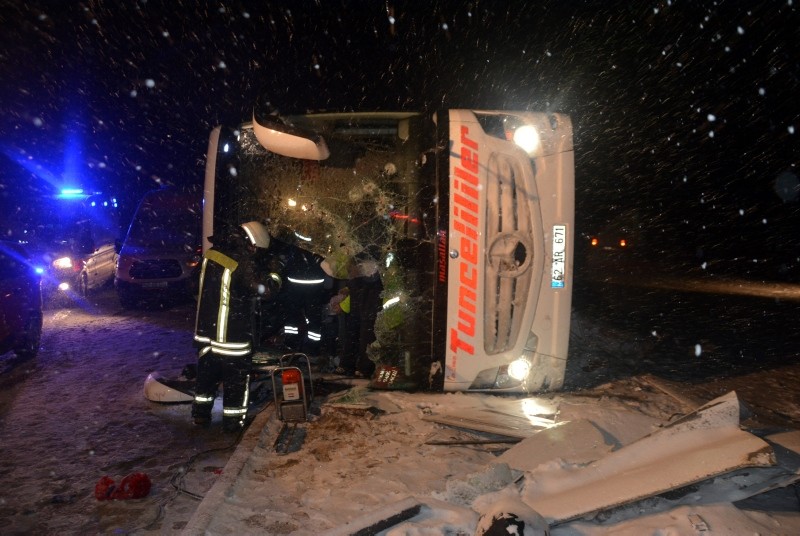 At least three people died and 55 were injured on Wednesday in two separate bus accidents in central Turkey's Kırşehir and the capital Ankara.

Three people, including a child, died in Kırşehir province, and 35 others were injured after a bus swerved off the road and rolled over due to heavy snowfall.

Kırşehir Governor İbrahim Akın said six of the injured were in critical condition. Akın offered his condolences to those who passed away.

Similarly, another bus swerved off and rolled over near the capital Ankara, leaving 20 people injured. No casualties were reported.

Emergency services were dispatched to both scenes and the injured were taken to nearby hospitals.