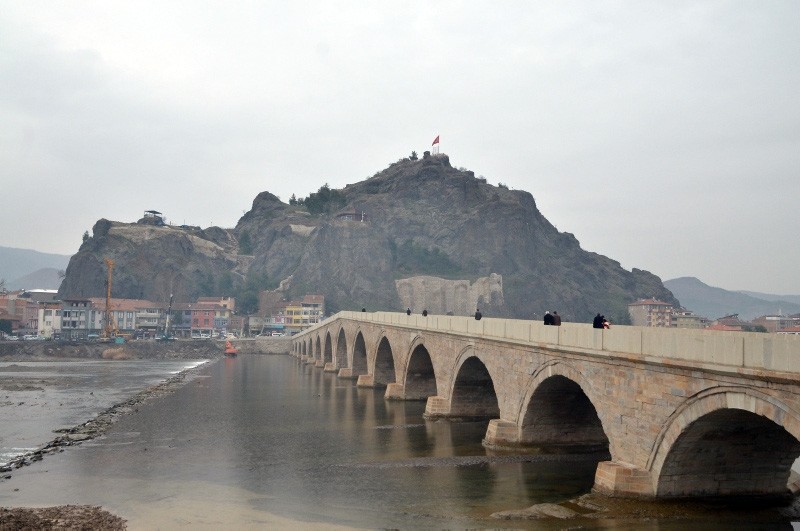 The restoration works of the five-centuries-old Koyunbaba Bridge located along the Silk Road in Turkey's central Çorum province has been completed after five years, reports said Tuesday.

The Koyunbaba Bridge was built on Kızılırmak River in Osmancık district between the years 1485 and 1489 upon the request of Sultan Bayezid II in order to facilitate the transition of camel caravans crossing the river located on the historical Silk Road.

It is known to be one of the rare historical structures that has survived five centuries.

The 15-arched bridge is one of the biggest historical bridges in Anatolia with 250 meters in length, 25 meters in height and 7 meters in width.

Over the centuries, eight of the arches of the bridge were buried under the ground by the soil moved by the river. 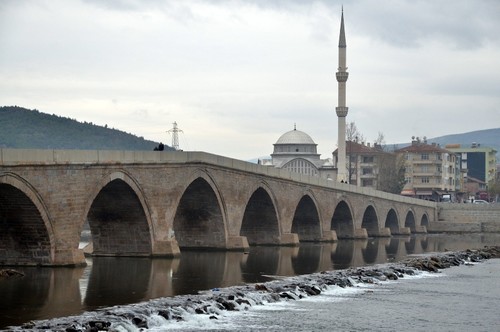 In 2014, the seventh Regional Directorate of Highways launched the restoration works that unearthed the buried parts of the bridge.

Çiftçi said that the final touches are being made right now to finalize the works and the whole project will be completed in 10 days.

Saying that the works are being carried out carefully due to the historical value of the bridge, Osmancık Mayor Hamza Karataş added: "All stages of the project are being examined in detail," noting that the historical bridge, which is the symbol of the district, was restored to the original version at the end of the 5-year works.

The bridge was named after a prominent Turkish Sufi poet Seyyid Ali whose nickname is Koyunbaba and is known to come to Anatolia from Khorasan region. The shrine of Seyyid Ali also located in Çorum province.
Last Update: Dec 26, 2018 9:43 pm
RELATED TOPICS