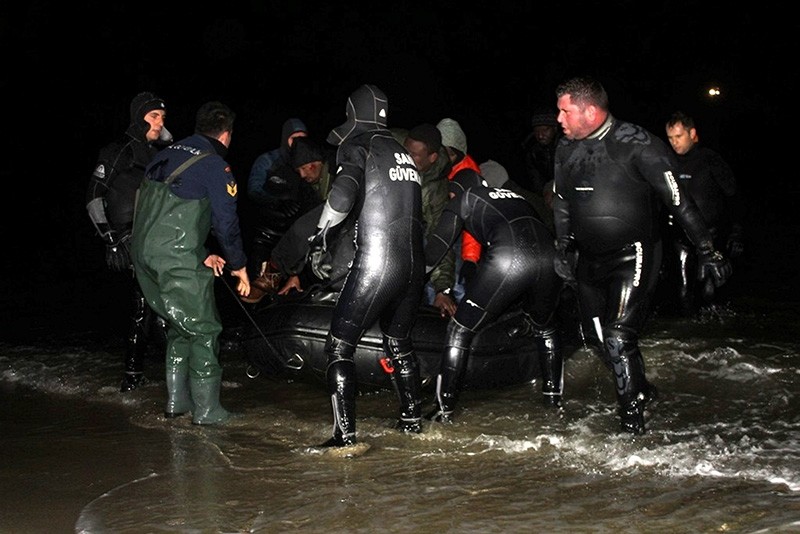 Forty-four irregular migrants stranded on rocks in the Aegean Sea were rescued by the Turkish Coast Guard on Friday, according to security sources.

After running into a storm on their way to Greece's Lesbos island, the migrants sought refuge on the rocks of Mendirek off the coast of Balıkesir, Turkey, said the sources, who asked not to be named due to restrictions on speaking to the media.

The migrants are from South Africa, Senegal, Congo, Palestine and Mali, the sources said.

Among the migrants, a pregnant woman and her child were hospitalized, the sources added.