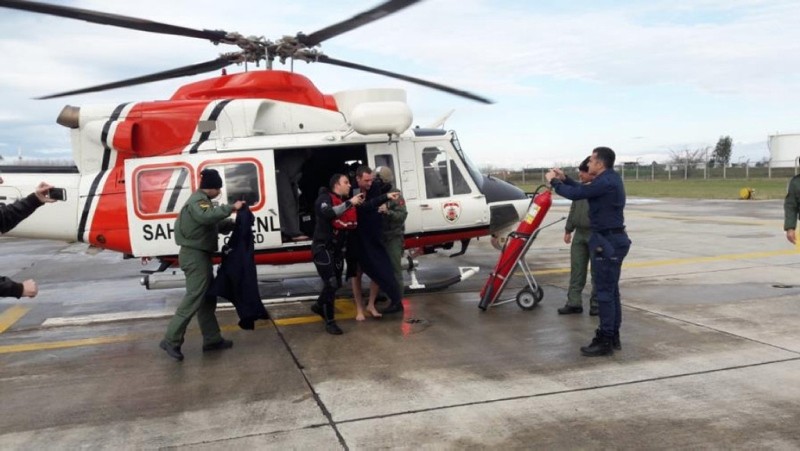 Six people were killed and seven others were rescued by Turkish Coast Guard teams after a Panama-flagged vessel sank in the Black Sea off Turkey's northern Samsun province, the governor's office said Monday.

According to a statement released by the Interior Ministry, coastguard teams were dispatched off 77 miles Samsun after receiving a distress call from the Volgo Balt 214.

The crew of the ship consisted of 13 people, the ministry said. While the coastguard managed to save seven of the crew and retrieve bodies of the six deceased.

Two boats, three helicopters, and an aircraft were deployed for the search and rescue operation.

Samsun Governor Osman Kaymak said all survivors were in good health and initial investigation showed bad weather was a factor in the incident. He said one of the survivors said "a fast wave" destroyed a part of the ship before the vessel sank but It wasn't immediately clear why the ship sank.

The vessel was heading to Samsun from the Russian port of Azov and it was carrying coal, the governor said.