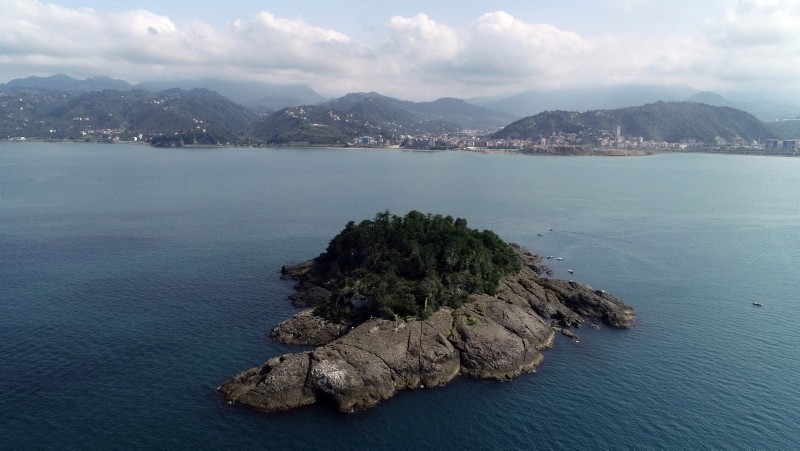 The Governor's Office in Turkey's Black Sea province of Giresun has launched work to apply for Giresun Island to be included in UNESCO's tentative list of world heritage.

Home to the mythical woman tribe of Amazons, and mentioned in the myth of Hercules, the island is located 1.6 kilometers off Giresun and was the only island with a settlement in Eastern Black Sea during the ancient period and the Middle Ages.

"As a universal heritage, the island needs to be embraced in many ways," the governor's office said, adding that it contains walls, a church, a chapel, a cistern, and a number of burial chambers.

The statement noted that the island's history dates back to 300 B.C. and the governor's office has submitted an application to the ministry of culture and tourism to submit the island's UNESCO bid.