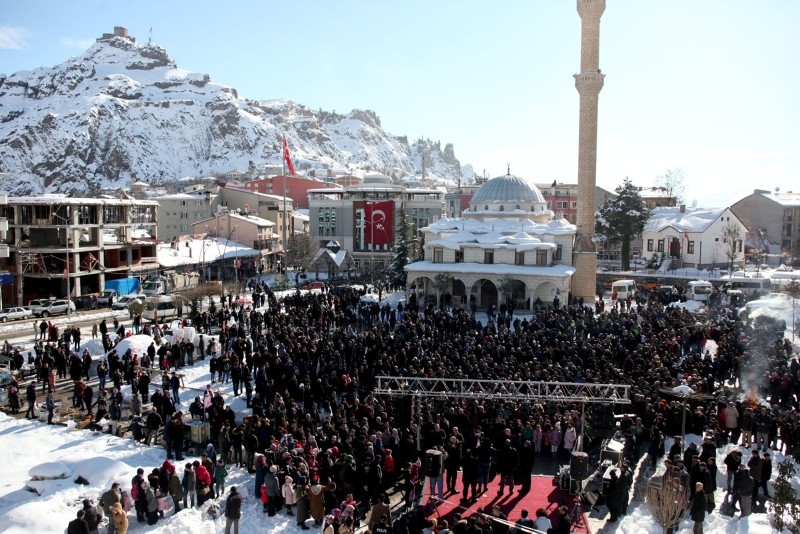 A snow festival in Şebinkarahisar district of Turkey's Giresun province in the Black Sea region was attended by 3,000 visitors, who were able to attend a number of entertaining winter activities while boosting the city's tourism.

The festival started with a burning of a huge festival fire and was jointly organized by Şebinkarahisar Municipality and the district governorate.

The participants had a chance to skate with authentic wooden sleds while they munched on grilled anchovies, oven-baked potatoes and "toyga soup," a local soup made with yogurt, some kind of a special rice and fresh mint.

District governor Taner Tengir told reporters that they aim to create a fun atmosphere especially for university students in the city in order to help them get used to the new environment.

The festival attracted local people, as well as those coming from other provinces such as Istanbul and neighboring Kocaeli and Bursa provinces, said Tengir and added that they are preparing for similar events in order to promote winter tourism in the region.

Mayor Şahin Yılancı said that the festival took them back to their childhood years with all the wooden sleds and it was an event held in "fraternity with all our fellow citizens."