Dog rescued by Turkish firefighters after falling into frozen lake 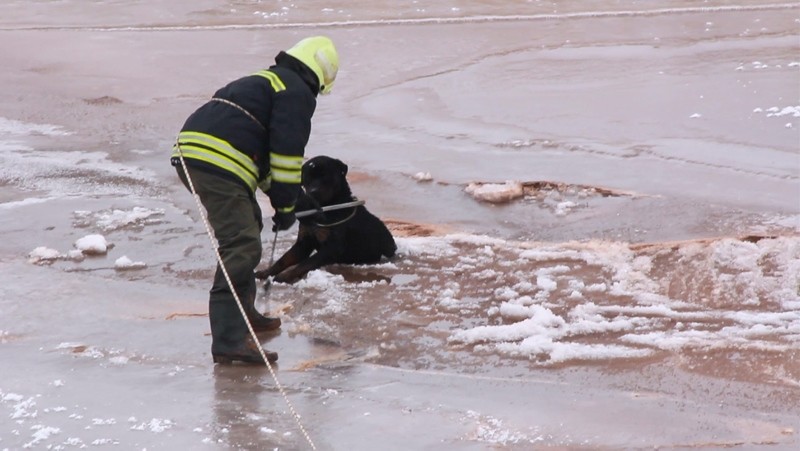 A dog that fell into icy water while walking on a frozen lake in eastern Turkey's Sivas province has been rescued by firefighter units and is doing well, reports said Monday.

Dog saved from freezing to death after being rescued by hero fighters from the icy waters of a frozen lake in Turkey's Sivas provincehttps://t.co/7UD4kb2uYt pic.twitter.com/YNWiL1NFoy

The teams raced against time in challenging conditions to rescue the dog which was about to die in Kızılırmak Lake that froze as temperatures plunged to under minus 20 degrees Celsius.

The dog was later delivered to Sivas Municipality's Directorate of Veterinary Affairs.

Reports said that the dog who survived the shock after the first intervention is currently in good condition.