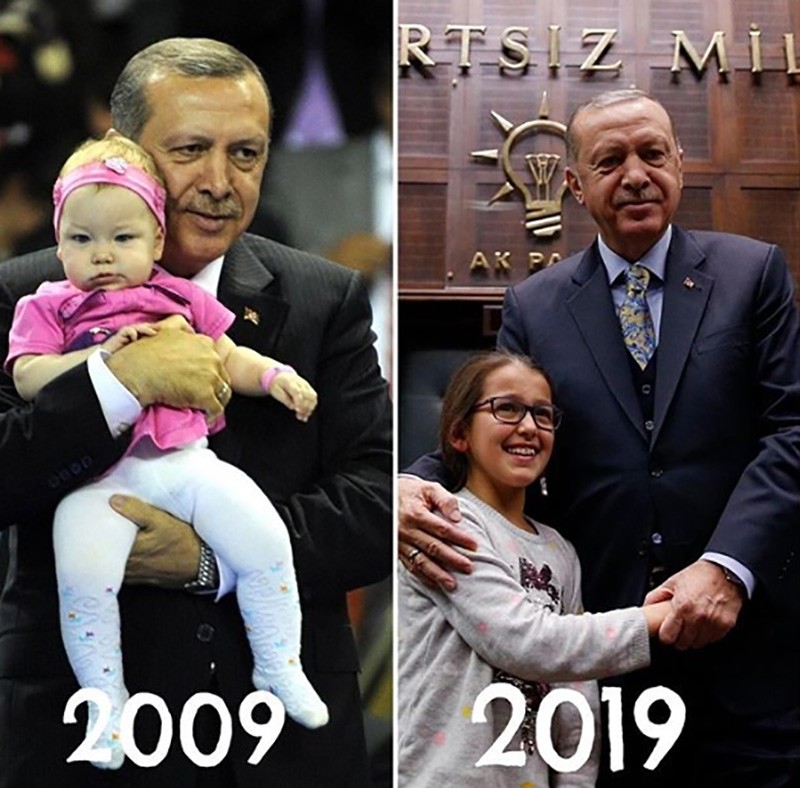 The ruling Justice and Development Party (AK Party) shared on its official Instagram account two photos of Erdoğan with children – one photo of the then-prime minister with a baby in 2009 and one with a school-aged girl in 2019.

"President Recep Tayyip Erdoğan, with children from yesterday to today," the caption read.

The post garnered nearly 17,000 likes and hundreds of comments within the first hour after it was shared.

The so-called "10 Year Challenge" has swept Facebook, Instagram and Twitter in the new year, with users sharing photos of themselves from 10 years ago and from this year side by side.