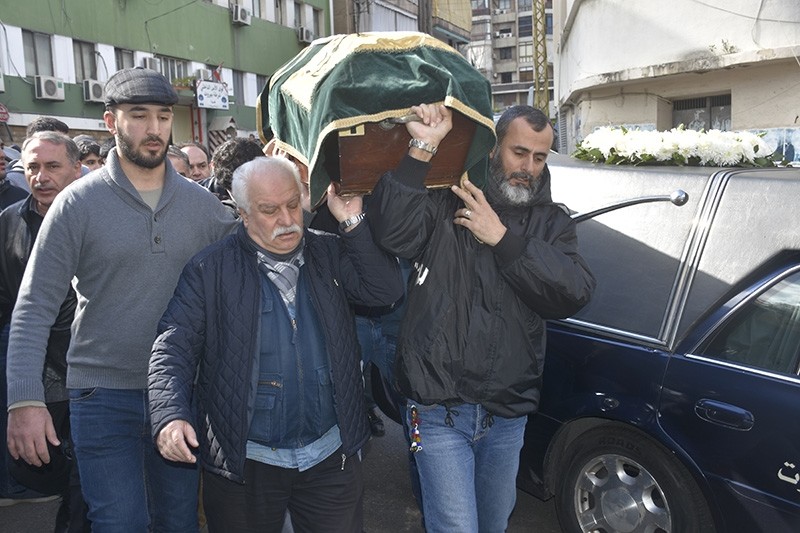 The funeral for Bilun Alpan, the last member of the exiled Ottoman dynasty who died on Thursday, was held Friday after prayers at the historical El-Basta Et-Tahta Mosque in downtown Beirut.

The ceremony was attended by Turkey's Ambassador to Beirut Hakan Çakıl, the Turkish Cooperation and Coordination Agency (TIKA) Beirut Program Coordinator Serhat Küçükkurt and Beirut Municipality parliament member Adnan Umeyrat, as well as the Turks living in Lebanon and friends of Alpan.

Alpan's body was buried in the historic Al-Bashura Cemetery after the funeral and prayers.

Turkish Ambassador Çakıl told Anadolu Agency that he informed the foreign ministry and other members of the Ottoman dynasty living in Istanbul of Alpan's death.

Foreign Minister Mevlüt Çavuşoğlu instructed that funeral preparations and burial be carried out with the utmost interest by the embassy, Çakıl said.

"After we had buried the body, we conveyed our condolences to the family of the deceased on behalf of President Recep Tayyip Erdoğan and Foreign Minister Çavuşoğlu," he said.

Çakıl expressed sorrow for the loss of such a valuable member of the Ottoman dynasty and said Alpan's memory will live on in people's hearts.

An Islamic memorial service "mevlüt" was also held for Alpan after afternoon prayers Friday at the Malta Kiosk in Istanbul's Yıldız Park.

In 2017, the TRT made a documentary about Alpan's, family and the exile of the Ottoman dynasty titled "Bilun: Sürgünün Son Tanığı" (Bilun: The Last Witness of Exile).

Alpan was only 6 years old when the Turkish government issued a law forcing the members of the Ottoman dynasty to be exiled through the recounts of Ottomans who lived in Beirut at the time. She first went to France and then to Jerusalem, before finally settling in Beirut. She had been living there since 1929.