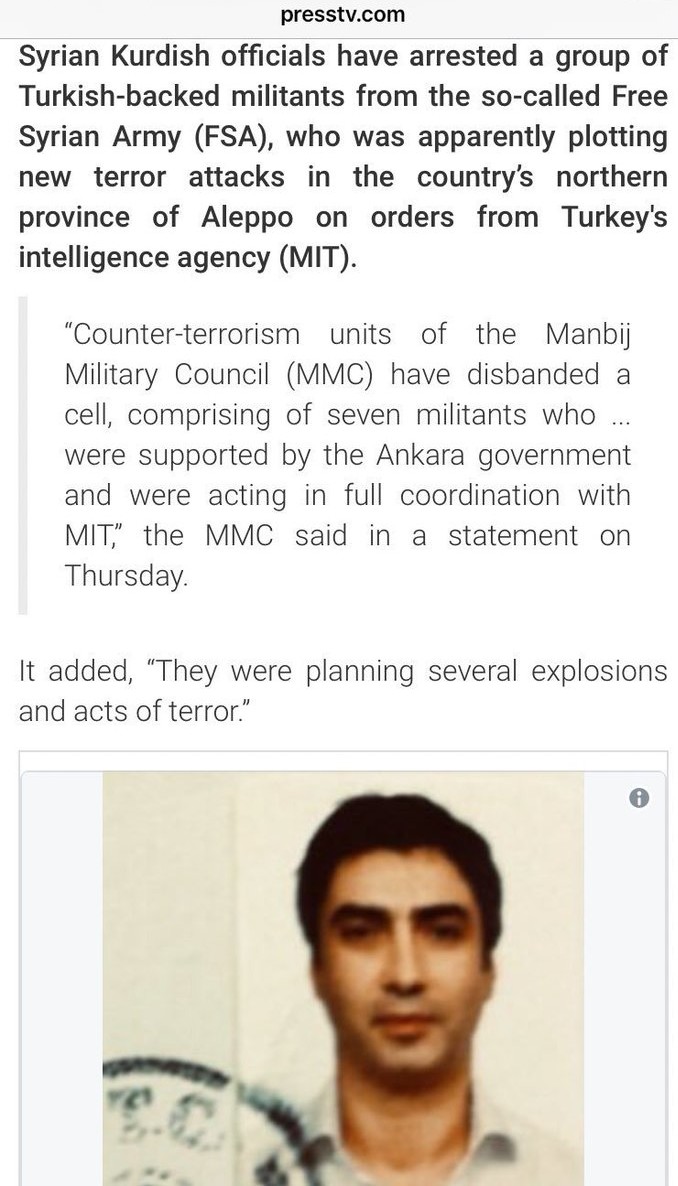 On Wednesday, at least 20 people, including four U.S. soldiers, People's Protection Units (YPG) terrorists and civilians, were killed and many others were injured in a Daesh-claimed suicide attack in the town center during a patrol mission of the U.S.-led anti-Daesh coalition.

In the article titled "Syria arrests Turkish-backed militants planning terror attacks" and published Thursday, a Twitter post showing the portrait photograph of Necati Şaşmaz, the leading actor of the hugely popular Turkish television series "Kurtlar Vadisi" (The Valley of the Wolves), was embedded inside the piece. 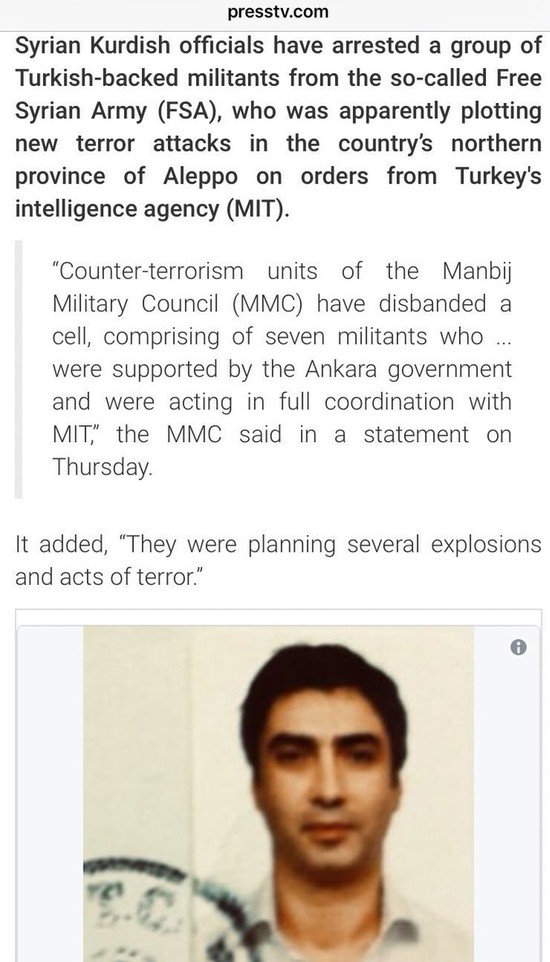 The post was used in an article that claimed that the Manbij Military Council, the group that controls the town on behalf of the PKK-linked (YPG) terrorists, captured fighters from the Turkey-backed Free Syrian Army (FSA) in full coordination with the National Intelligence Organization (MIT) allegedly plotting for more attacks in the area.

However, the post was initially shared by a pro-Turkish Twitter account in an effort allegedly trying to show the misinformation attempts by YPG/PKK linked accounts and news outlets and others regarding Turkey and FSA's actions in northern Syria. 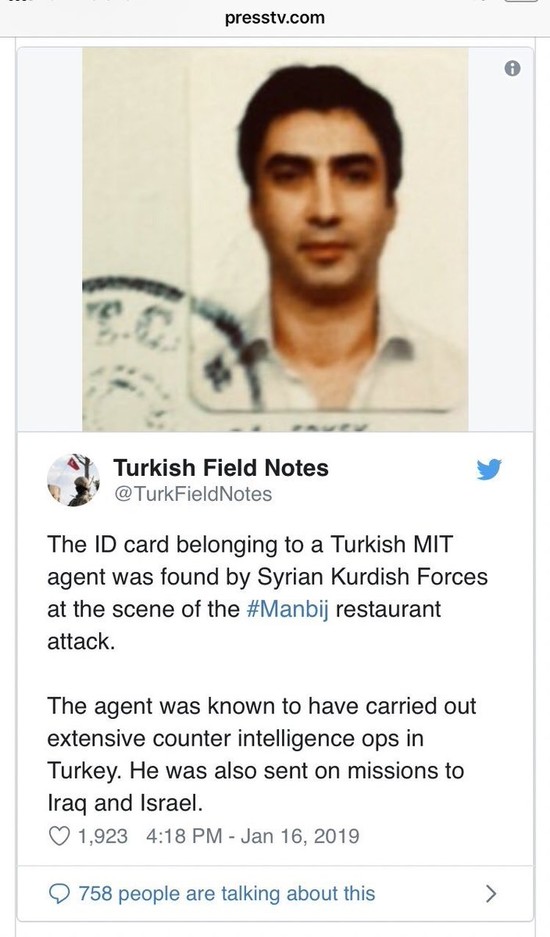 Turkish users were quick to react, with some demanding for more characters from the show to be displayed as the assailants. The photo used in the post was allegedly from Şaşmaz's marriage certificate.

Press TV soon removed the tweet and published a correction note on Friday.

The Valley of the Wolves, which ran from 2003 to 2016 on various broadcasters and reruns of the earlier seasons are still published on others, was one of the longest series displayed in Turkey along with a significant fan base in the Middle East.

The Kurdistan Free Life Party (PJAK), the Iranian offshoot of the PKK, has waged an insurgency campaign in Iran since the early 2000s. While Iran cooperates with Turkey against the PKK at times, Turkish officials have accused Iran of several times with cooperating with the PKK and its affiliated groups against Turkey.