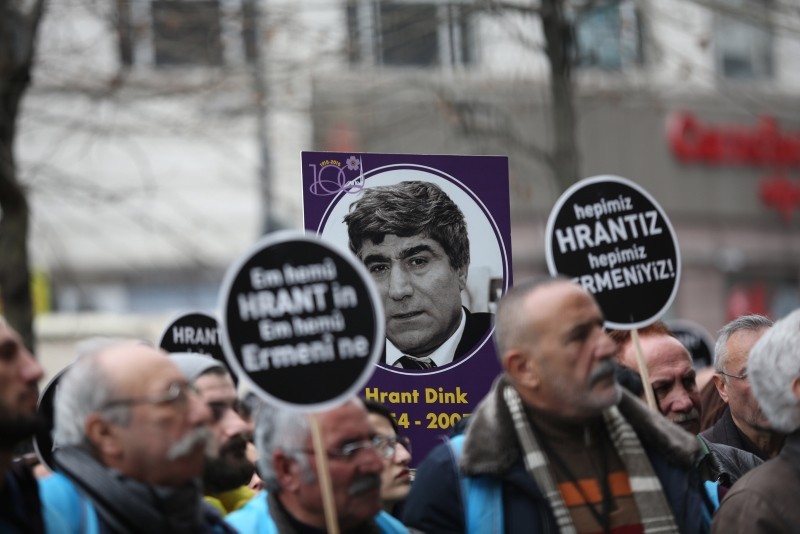 Turkish-Armenian journalist Hrant Dink was commemorated in a ceremony on the 12th anniversary of his assassination.

In Istanbul's Şişli district, a large crowd gathered outside the bilingual Agos newspaper, where Dink worked as editor-in-chief before his murder in 2007.

Dink's wife Rakel and children Arat, Delal and Sera were present in the ceremony which was also attended by various significant names from Turkey's politics, media and arts circles.

A minute of silence was observed at 3:05 p.m., when Dink was assassinated, which was followed by a commemorative speech given this by Filiz Ali, daughter of famous Turkish poet and writer Sabahattin Ali, who is widely believed to be killed in a political murder in April 2, 1948.

Ali reminded that the masterminds behind neither his father's nor Dink's murders were revealed so far, with murders of journalists, writers, artists and scientists causing unhealable scars in the society.

Ogün Samast, the assailant who killed Dink at the of 17, was captured by security forces soon after the murder. However, the trial on who instigated Samast to the murder and which institutions turned a blind eye to the threats against Dink's life remains a mystery.