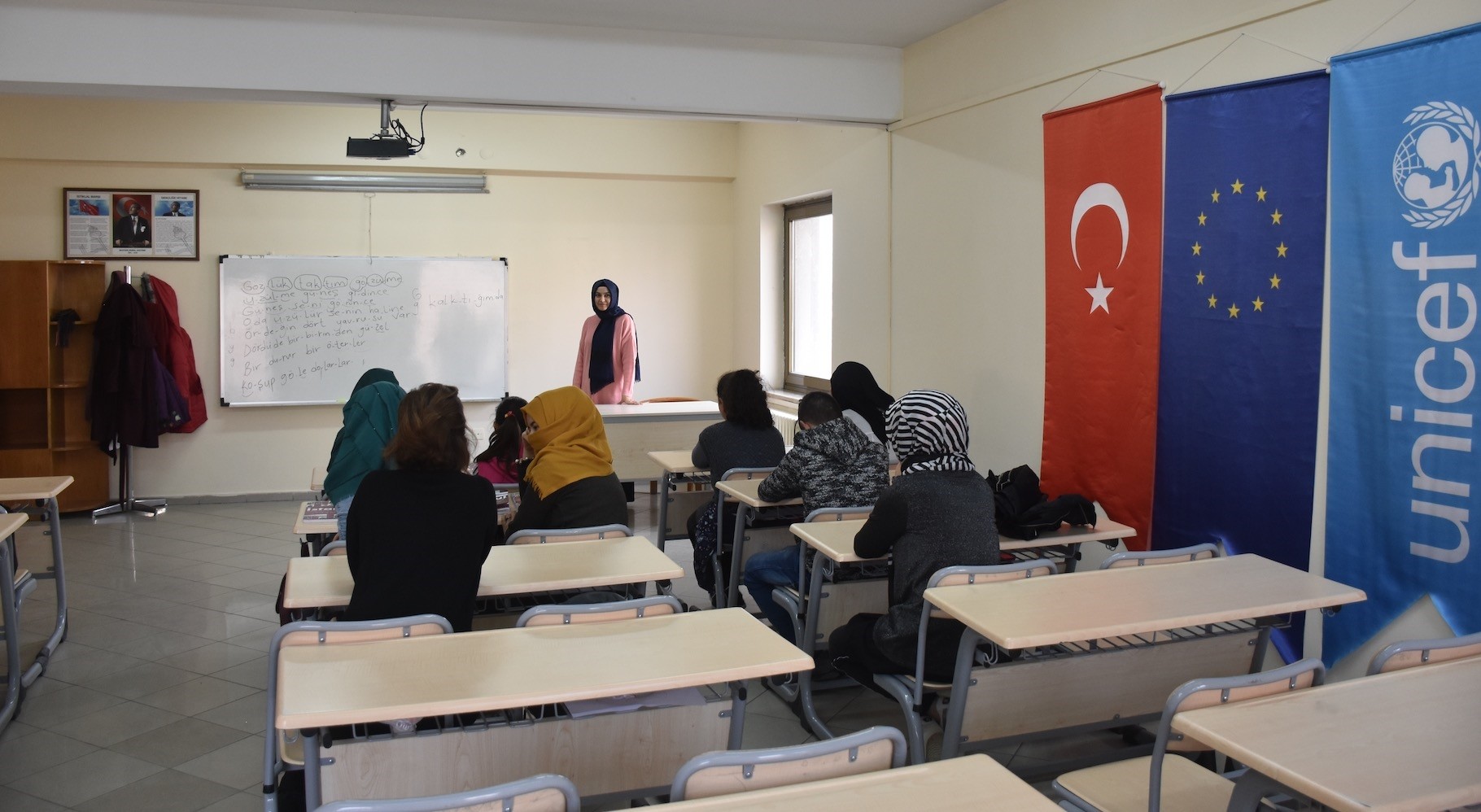 The Accelerated Education Program (HEP), a crash course in Turkish sponsored by Turkey and the European Union, enables Syrian and Iraqi refugee children to integrate in Turkey, home to a large refugee community.

Courses in 75 centers in 12 provinces help the so-called "lost generation" of refugees who had to skip school due to turmoil and poverty in their countries. A basic command of the Turkish language is a much-needed skill for refugees, experts say, as the language barrier is one of the main obstacles for the refugee community.

Children make up 1.7 million of the approximate 4 million-strong refugee community in Turkey. The HEP reaches thousands of children. Learning Turkish is the first step to adapt to public education. Turkey's education and youth ministries, the Turkish Red Crescent and the U.N. Children's Fund (UNICEF) partnered for the project co-funded by European Union.

One HEP course in Mamak, a working-class district in the capital Ankara, houses 30 students who attend lengthy classes five days a week. Sixteen-year-old Syrian Rashid Akkoun is among the participants. Rashid and his family arrived in Turkey four years ago, but he had to drop out of school to earn money for his family. Akkoun can speak Turkish but cannot read or write, "a big problem," he said. Akkoun sought to improve his Turkish and discovered HEP. "It will be a huge benefit for me," he said. Rashid plans to go back to school after he completes the course. "I want to be a businessman in the future. Learning Turkish may help me in sales," he told Anadolu Agency (AA).

Dua Isam, a 16-year-old Iraqi who has been in Turkey since 2016, started taking the crash course four months ago. She plans to go to high school after completing the course. "I want to be a Turkish teacher," she said.

Iman Bassam, a 14-year-old Iraqi student, had to skip school in the third grade when she and her family left Iraq. She said HEP helped her to speak, write and read in Turkish better and meet new friends.

Suna Özdemir, one of the teachers, said they particularly sought to reach out to girls. She said they met with their families to encourage them to continue their education. "Many students had no ambitions when they first came here. Now, every single one has one. They want to study and have an occupation in the future," she said.

As part of the project, officials from the Ministry of National Education go door to door to find refugee children aged 10 to 18 who have been out of school for three to six years. After 16 months of courses, they can attend schools with the Turkish curriculum. So far, 5,656 children have attended the courses, but authorities plan to reach out to at least 20,000 former students. Students are also given a monthly allowance of TL 60.

Turkey is home to more than 3.5 million Syrians, the largest Syrian refugee population in the world, and strives to restore their shattered lives. Education is the main concern for refugees. Officials say nearly 62 percent of Syrian children, about 655,000 refugee children, have integrated into the education system in the country, and they aim to increase this number to 100 percent by reaching out to more families and with funds from the European Union.