2 killed in blast at boiler room in Turkey's Hatay 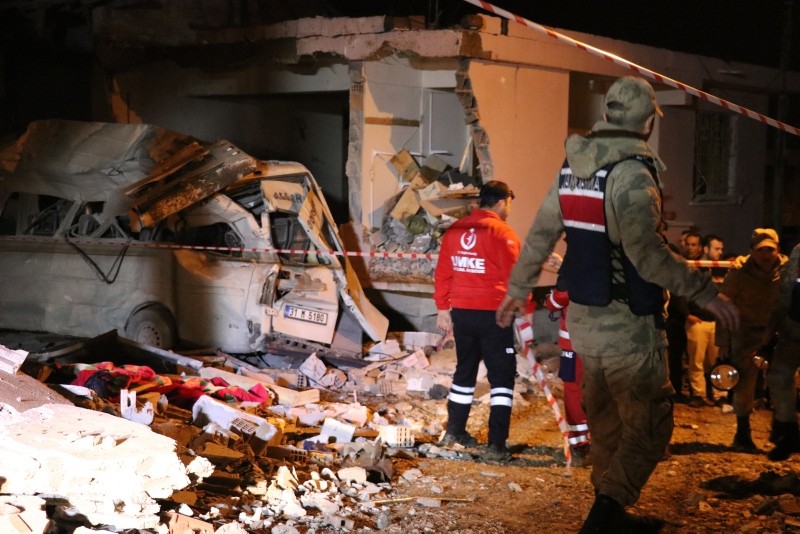 A boiler room explosion in the southern Turkish province of Hatay on Friday killed at least two people and injured six others, according to the governorship.

The blast occurred in a heating boiler room of a two-story building in Hatay's Altinözü district, with the cause as yet unknown, the governorship said in a written statement.

Rescue teams recovered two bodies from the building, some parts of which were destroyed.

The injured were taken to nearby hospitals, including two in critical condition, the statement added.

Ismail Taze, a neighborhood resident, said that he heard a massive bang and rushed to the scene of the blast.

"When we came here, everywhere was very bad. We took some slightly injured people to the hospital ourselves. An ambulance took others, people in serious condition," he added.

Nearby buildings and some vehicles ware also damaged by the blast.

The site of the explosion is reportedly still cooling down.