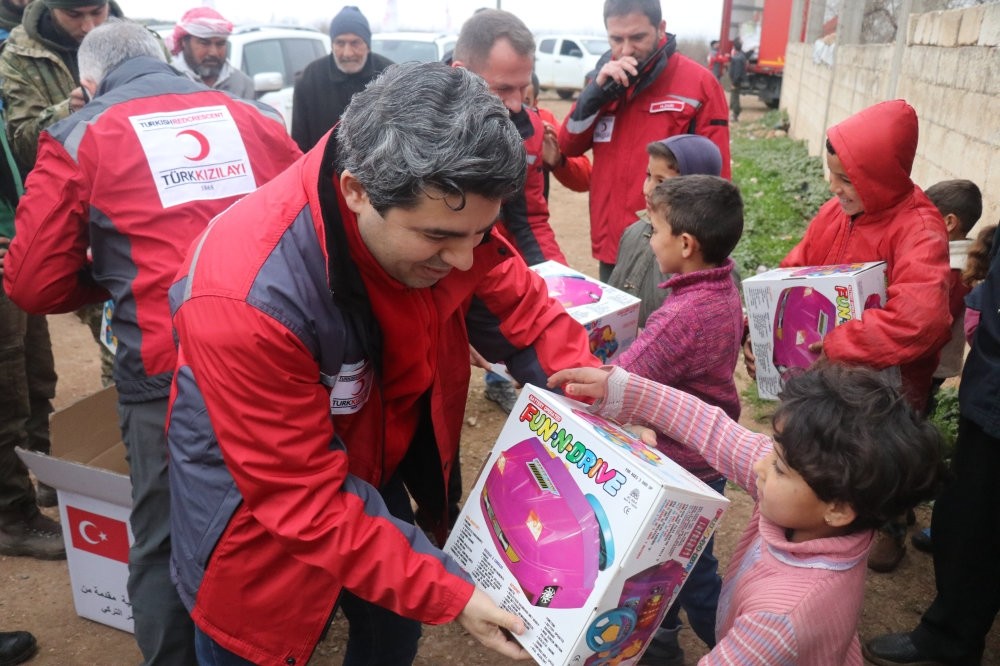 The Turkish Red Crescent, which reached out to 23 million people across the world last year, is stepping up to deliver more humanitarian aid with the formation of a new network of charities to be announced next week.

The Organization of Islamic Cooperation (OIC) Red Network will bring together Red Cross and Red Crescent organizations in member states of this international body.

The charity, marking its 150th anniversary this year, stepped up international activities in recent years, shedding its image of focusing mostly on humanitarian aid within Turkey.

Today, its crews are present in countries hit by conflict, poverty and disasters across the globe, from Yemen to Syria.

At an event in Istanbul on Thursday, Red Crescent President Kerem Kınık said that the charity spent some TL 3.1 billion for humanitarian work last year and they wanted to increase it to about TL 4.5 billion in 2019, reaching some 33 million people. The charity also explored new channels for donations and switched to a digital system.

"We are in a growing trend in terms of financing. More and more people donate, and donations also increase," Kınık said.

On the new charity network, Kınık said the OIC did not just have Red Crescent societies but also included 22 Red Cross societies in 57 member states and the new network will combine the forces of the Red Crescent and the Red Cross.

The Turkish Red Crescent was originally founded in 1868 as the Society for Aiding Wounded and Ailing Ottoman Soldiers before taking its current name in 1947. Its primary goal was to help soldiers wounded on the fronts, but over time, it evolved into a charity responding to natural and man-made disasters around the world. Today, it is the largest humanitarian organization in Turkey, with an international network to help other nations in need.

Kınık said they would host heads and executives of Red Crescent and Red Cross charities from some 50 countries on Monday, and together they would draft a framework for founding the OIC Red Network. "This will be a platform where we can raise our voice higher about challenges we face. The network will be a new actor in the humanitarian aid world," he said, noting the need to improve the standing and impact of non-profit organizations in the Islamic world. "We need cooperation to achieve it," he added.