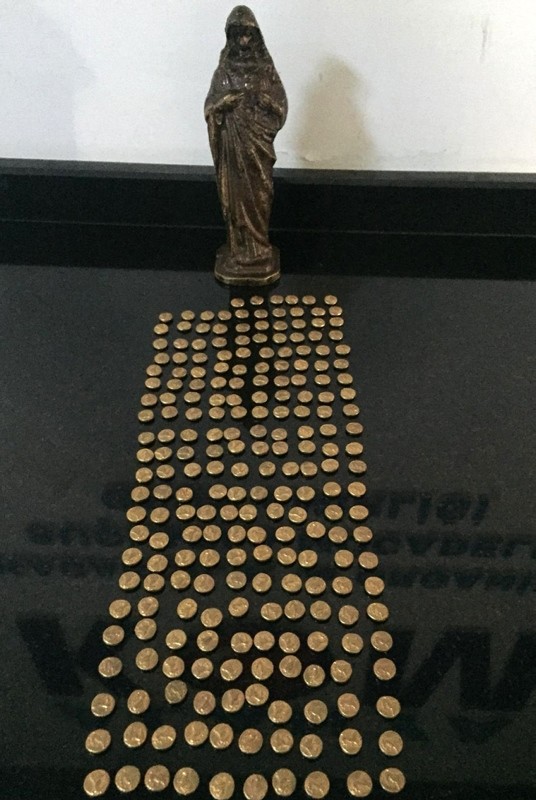 Anti-smuggling police in Turkey's southern Antalya province confiscated 230 ancient coins and an ancient figurine which turned out to be knock-offs, reports said Friday.

Police reportedly carried out a raid after receiving intelligence that some suspects had the ancient artifacts inside a house located in Alanya district.

Upon their arrival, police discovered the coins and the figurine hidden inside a toilet flush tank.

An examination of the artifacts revealed that they were fake and were used by suspects to swindle large sums of money.

The coastal city of Antalya has been home to old civilizations, some of whose religious legacies still stand.