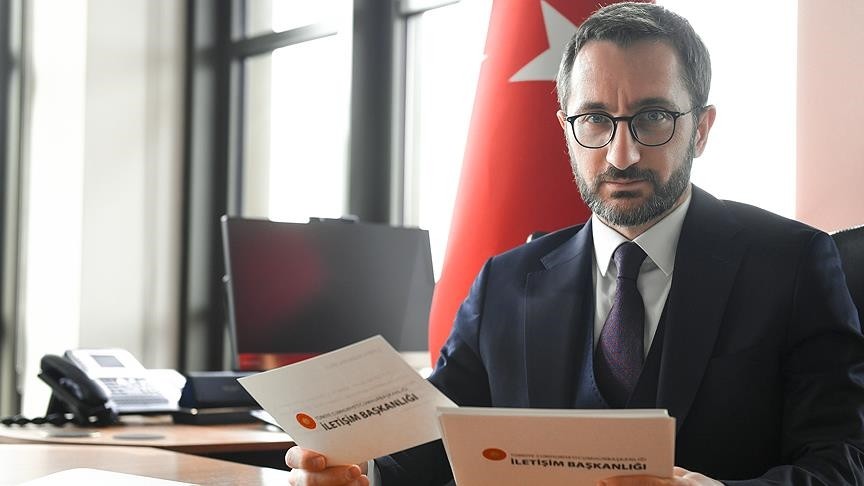 The Turkish Presidency Directorate of Communications said in a press release on Thursday that it kicked off a project called "I Have An Idea for My Country in 2019," so everyone in Turkey is able to convey recommendations and ideas to public offices in a direct way.

This platform aims to be a channel whereby helpful ideas coming from people are amassed. Then, the inspirational ideas coming through this channel will be put into practice.

Fahrettin Altun, presidential communications director, said the project has been put into play by his office as they believe in the mind, sincerity and foresight of the Turkish people.

Altun said that they are calling on the Turkish people to think about their country, as they have supportive in the face of every obstacle Turkey has faced in the past few years. "Because we know the best ideas are discussed during talks among families and friends, and in high schools and university canteens. I imagine a 2019 where 82 million people (in Turkey) brainstorm for our country and directly share their ideas with our state departments," Altun stated.

The presidency official said they launched this platform online on Jan. 28 so that each person in Turkey is able to reach them to share their ideas. Those who want to share their helpful ideas with Turkey can visit the website, "https://www.iletisim.gov.tr/turkce/ulkem".

Altun expressed his appreciation as people sent different ideas in many fields, including environment, health, culture, management, communications, energy, education and justice, in a week.

He added that there were various ideas such as blue traffic lights at zebra crossings to encourage people to use them, a new coat of arms for Turkey, smart garbage trucks avoiding chemical odors from garbage dumpsters and setting up living spaces in public areas for street animals.

Also speaking about the process, Altun said that the ideas sent to the Presidency Directorate of Communications are firstly evaluated, then they are shared with the related departments of the Turkish state, by their topics. There are representatives of this project in the Turkish ministries and other public offices so they can evaluate ideas in a detailed way in the next phase. Altun stated that once an idea is decided upon, Turkish authorities contact the owner of the idea.

He added that the other goal of this project is to speed up Turkey's steps taken for the country's 2023, 2053 and 2071 targets. Turkey will mark the centenary of the foundation of the republic in 2023 with Turkey's 2023 Vision setting specific targets for improvements in the areas of economic activity, energy, healthcare, education and transport.

The year 2053 refers to the 600th anniversary of Istanbul's conquest and 2071 marks the 1,000th anniversary of the Malazgirt Battle. The Battle of Malazgirt, also known as Battle of Manzikert, on Aug. 26, 1071, saw Seljuk Turks led by Sultan Alparslan defeat a Byzantine army and open up Anatolia for Turkish domination.
RELATED TOPICS