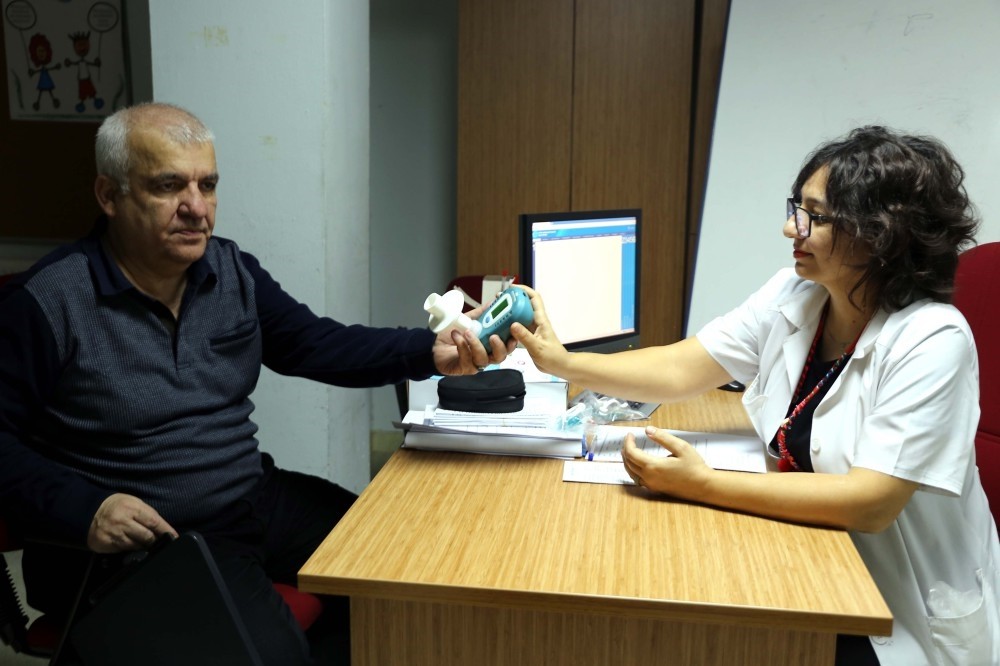 As Turkey marked World Smoking Cessation Day on Saturday, Health Minister Fahrettin Koca said in the last nine years 900,000 people have sought access to free medicine, provided by the government, to help them quit smoking as Turkey steps up the fight against the habit

Turkey has been praised for its efforts to curb smoking but it takes widespread public support to eradicate the habit and figures provided by the Health Ministry show more people are willing to quit smoking.

Health Minister Fahrettin Koca told Anadolu Agency on Friday, one day before Turkey marked World Smoking Cessation Day, that 900,000 people applied for free medicine provided by his ministry in the past nine years to help them kick the habit. Medicine is available at clinics that specialize in helping smokers quit, a habit linked to some 20,000 deaths per day worldwide.

The country introduced a nationwide indoors smoking ban in 2009 at restaurants, bars and similar establishments and gradually extended its reach to other enclosed spaces over the years. Still, smoking is prevalent in the nation whose habit helped coin the infamous phrase "smoking like a Turk."

Koca says they won't make any concessions in compliance with MPOWER, an initiative by the World Health Organization against what the international body calls "global tobacco epidemic." MPOWER is an abbreviation of the first letters of six measures for the fight against smoking: Monitor tobacco use and prevention policies, protect people from tobacco smoke, offer help to quit tobacco use, warn about the dangers of tobacco, enforce bans on tobacco advertising, promotion and sponsorship and raise taxes on tobacco. He says any interruption in the fight immediately gives rise to smoking rates.

President Recep Tayyip Erdoğan, a staunch teetotaler whose encounters with smokers often end up with advice against smoking, is largely credited for the effective implementation of the smoking ban that significantly limited space for smokers. Turkey has also imposed higher taxes on cigarettes and provided free medicine and treatment for smokers.

Figures indicate that after the smoking ban in restaurants, bars, cafes, stadiums, hospitals and similar establishments, the prevalence of smokers decreased. Increased taxes on cigarettes and free medical treatment for smokers also aided a decline in the habit.Still, authorities are determined to stamp out smoking, which still prevails among the young and kills more than 100,000 people every year due to diseases linked to smoking. The smoking rate was 31.6 percent in 2016, the latest available data, a decline from 32.5 percent in 2014.

Koca says smoking is advertised as a requirement for "modern lifestyle" to the youth and sellers try to attract more conventional users with "hookah places."

The minister said teams of inspectors assigned by the government visit businesses with smokers every day across Turkey to see if the ban is violated, and a hotline and a smartphone app allowing the public to report violations also facilitated the inspections.

Some smokers go cold turkey but many find it hard to quit the habit. The health minister says 435 clinics in Turkey's 81 provinces provide treatment against the habit.A hotline set up to help smokers quit was used to by more than 27 million people between 2010 and 2018, Koca said. The hotline usually directs people to the nearest clinics and the Health Ministry's website offers online appointments for those seeking to quit. Clinics offered help to more than 2.2 million people last month.

Yet, the opponents of smoking say that there is more work to be done. Sultan Işık, head of the Green Crescent, a leading teetotalers' society, said at a press conference in Istanbul yesterday that the smoking ban should include more open spaces to prevent secondhand smoking. "Secondhand smoking is one of the most harmful aspects of tobacco. People exposed to smoke suffer as much as smokers," she said.

Işık pointed to violations of the smoking ban in bus stops in Istanbul in a new commercial on the dangers of secondhand smoking in those places that was launched by the Green Crescent. "Outdoor spaces in business establishments should be entirely smoke-free," Işık stated.

Currently, restaurants and similar venues can accommodate smokers in the establishment's outdoor sections, to the dismay of non-smoking patrons. The government plans to extend the ban to those sections. According to media reports, establishments will be required to devote a well-insulated, indoors section for smokers.