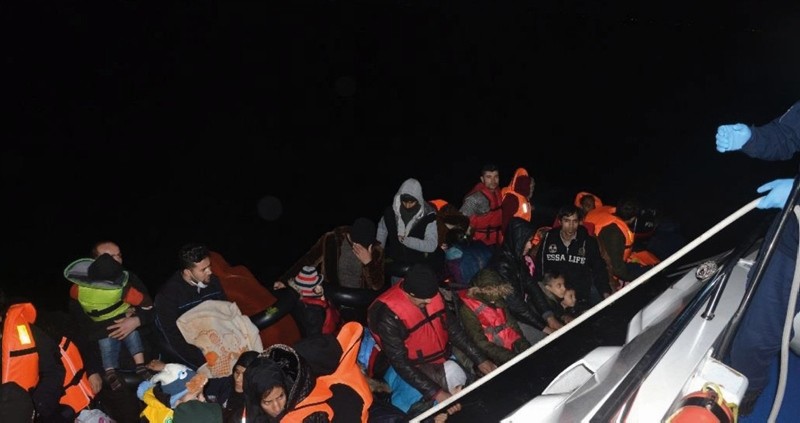 Turkish coast guard on Monday rescued 69 irregular Afghani migrants, including 36 children and 17 women, who were stranded off the coast of western Turkey's Kuşadası when the motor failed in their rubber dinghy.

According to information released by authorities, the migrants called for help after their dinghy began to sink on their way to the Greek island of Samos.

The coast guard spotted the boat and mobilized to rescue the endangered migrants, who were from Afghanistan.

The migrants were delivered to the immigration office after their statements were taken and they were provided with food and health checks.

The deal, reinforced with an escalated crackdown on human smugglers and more patrols in the Aegean, significantly decreased the number of illegal crossings.

However, some desperate migrants still take the route, especially in winter months when a safe journey through the Aegean is nearly impossible aboard overcrowded, unsafe dinghies. Deaths are common in crossings to reach Greek islands scattered across the Aegean, only a few kilometers away from Turkish shores.