Russian-Turkish woman to run for Alanya mayor in southern Turkey 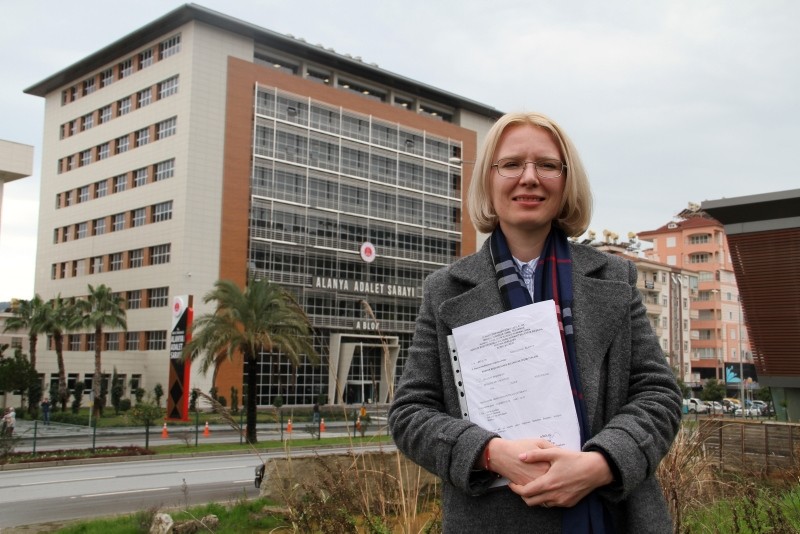 A Russian-Turkish woman has officially applied to run for the mayoral office in Alanya in southern Turkey's Antalya province in the upcoming local elections, reports said Friday.

Anastasia Petrova Çetinkaya, who has been living in Turkey for eight years and married a Turkish national here, applied as an independent candidate for the Alanya district municipality.

The 35-year-old business and project development expert spoke to reporters after completing her official application to the District Election Board and said she felt excited and confident about her candidacy.

Çetinkaya said she hopes her candidacy will be good for Alanya and everyone, adding that she has been getting very good reactions from the public with her public office move.

Saying that they have been very busy with preparations for the election and campaigning but this is what makes her happy, Çetinkaya said: "We're traveling, chatting with people, talking with them. I've been on this path for the people of Alanya."

Hatun Tuncer, a Turkish citizen of Russian origin, also previously put up her candidacy for mukhtar (local leader) in the Akdam neighborhood of Alanya.

Completing her university education in Russia, Tuncer came to Alanya 23 years ago while on vacation but after marrying a Turkish man, she decided to live in Turkey.

A mother of two, Tuncer said she wants to be a mukhtar in to serve her neighborhood.