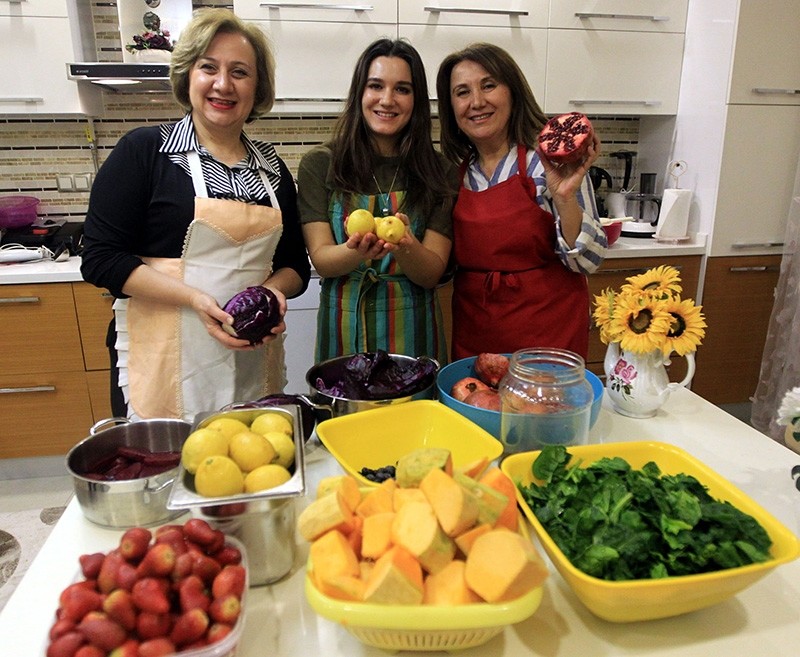 A group of women volunteers has been producing and distributing chemical-free paints made from fruits and vegetables to children with sicknesses or sensitivities in towns across Turkey.

Inspired by a sense of social responsibility, the women set up a project called "Natural Paint Workshop" to protect children, especially particularly vulnerable ones, from the harms of paints containing chemical products. 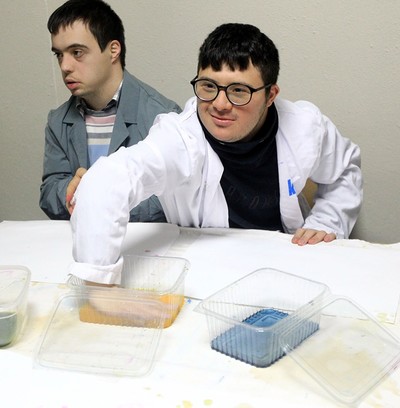 Group co-founder Binnur Temel told Anadolu Agency that she learned to make natural paint by boiling vegetables and fruits after she discovered their colors stained her hands while working in agricultural fields and gardens in western Turkey's northwestern Balıkesir province.

Temel said that she and two of her friends, Canan Süleymanoğlu and Yasemin Ar Keskin, established the workshop in order to produce and deliver the paints to children with disabilities.

The volunteer group produces yellow paint from lemons, red paint from strawberries and pomegranates, orange paint from pumpkins and green paint from spinach. Their products are delivered and distributed for free to children in the towns the women travel.

"We make organic products that children can both touch and taste. With this, we enrich children's various sense since these colors are a mixture of textures, fragrances and flavors."

Temel said that the natural paints are less harmful for children with leukemia, autism and Down syndrome, and allow them to touch the paints without exposing their bodies to dangerous chemicals.

Visually-impaired children can easily distinguish between the colors of the natural paints since each has a distinct smell from the different materials they were made from, she added.

Temel said the feedback the group has received positive feedback from the workshops and that they have seen children's happiness in making art with the paints.