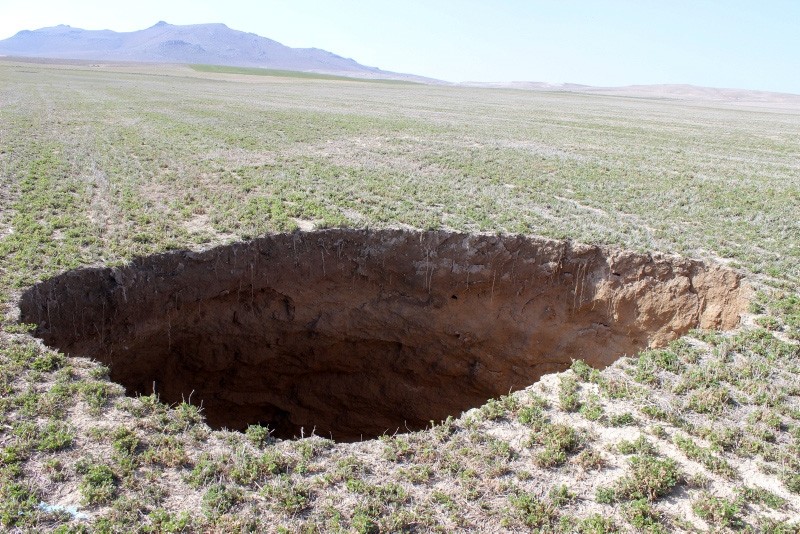 Two massive sinkholes opened up in a clover field in central Turkey's Konya province, spreading fear among locals living in the area.

The first sinkhole opened up in Reşadiye neighborhood on Friday, Anadolu Agency reported, adding that it measured 4 meters in diameter and 20 meters in depth. Teams from Karapınar Municipality put up a wire fence around the sinkhole to prevent accidents.

After three days, a 10-meter-deep sinkhole with a 7-meter diameter opened up in the same neighborhood at 3 a.m. local time. 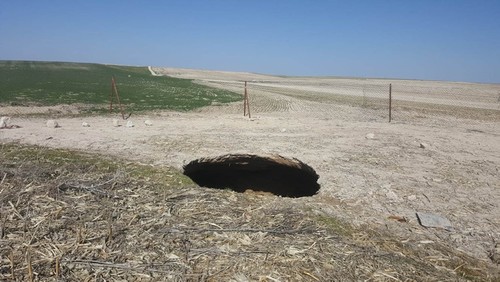 Local resident Latif Kaya, who lives close to where the sinkholes formed, told reporters that he had thought burglars were trying to break in when he heard his dogs bark continuously.

"I woke up and went outside right away as we thought somebody was trying to steal our animals," Kaya said, noting that the dogs probably barked because they heard the tremor caused by the sinkhole.

Kaya continued by saying that they realized the sinkhole had opened up in his neighbor's clover field, adding that a similar sinkhole had formed in his field about eight months ago.

"We have to live with it even though we are scared and we have to sow the seeds despite the risk," he added.

Other sinkholes had emerged in the area in previous years and experts said the geological structure of the region and heavy rainfall contributed to the increase in sinkholes.