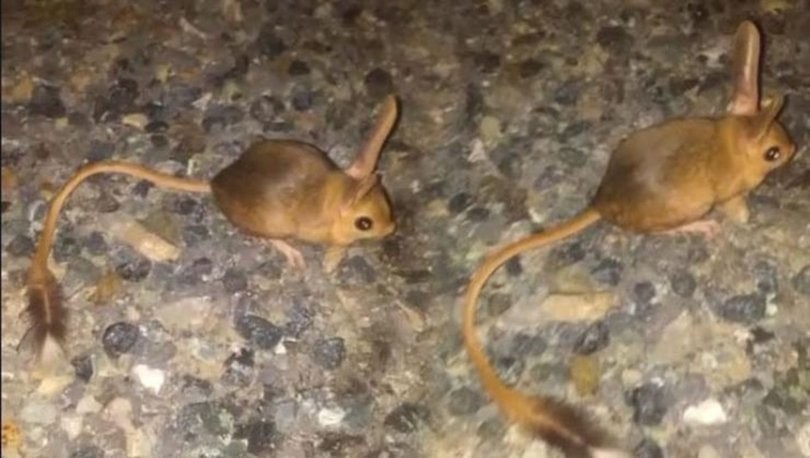 Kamuran Gülmez discovered the kangaroo rats "Euphrates jerboa" in Akyayık Village in Ovacık district and initially thought they were rats, but realized the rodents were different after they started hopping like kangaroos.

"It looked like it wanted to play with us," Gülmez said, adding that it was the first time they saw such an animal in the region.

The rodents are found in semi-deserts, subtropical or tropical dry lowland grassland and hot deserts, and they are able to survive without drinking any water.