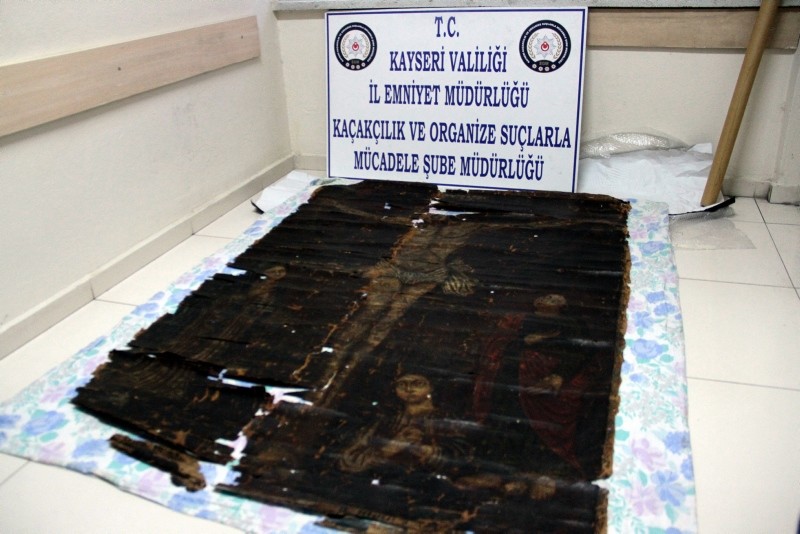 The painting was seized during an anti-smuggling operation in a high-end building.

Police detained the suspect as he was attempting to sell the invaluable painting, depicting Jesus and his Apostles.

Experts have launched an investigation into the origins and details of the piece, reports said.