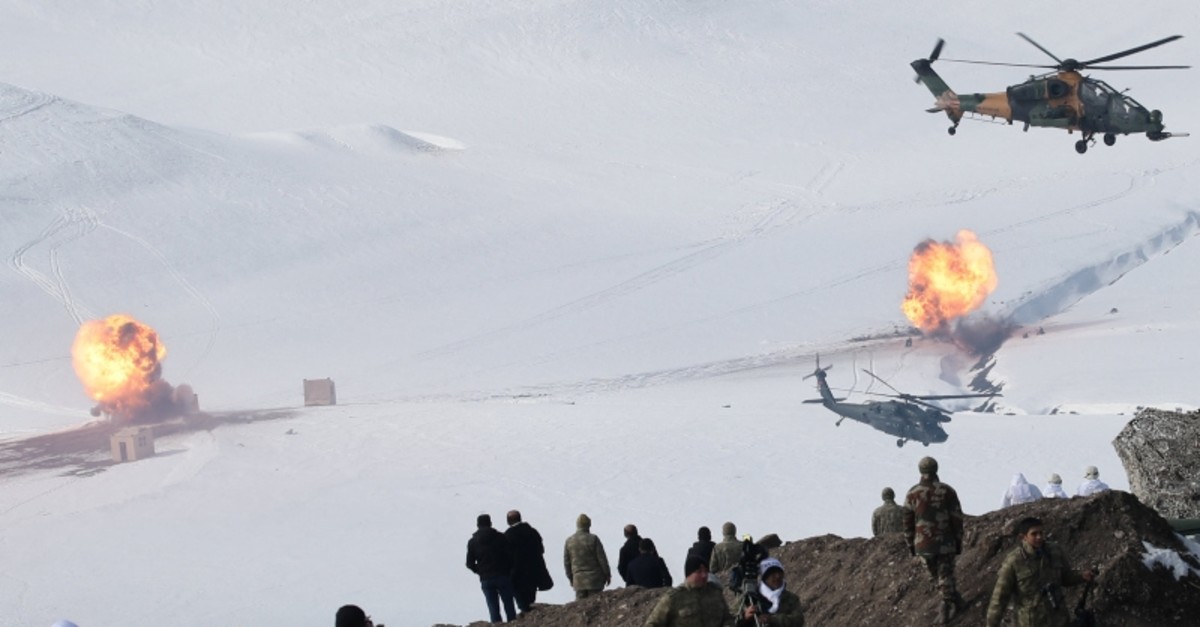 More than 2,000 Turkish soldiers, 13 helicopters, 4 fighter jets, 2 planes and 402 vehicles are participating in the exercise.

According to the Turkish military, aims of the exercise include ensuring cooperation and coordination in combined operation, testing combat capabilities of troops, enhancing synchronization of fire and maneuvering, training troops on key subjects such as deployment, quartering, food servicing, clothing, supply and maintenance activities and survivability, and operating command control system in snow and harsh winter conditions.

Defense Minister Hulusi Akar and Chief of General Staff Gen. Yaşar Güler arrived in Kars on Thursday to observe the drills in person.