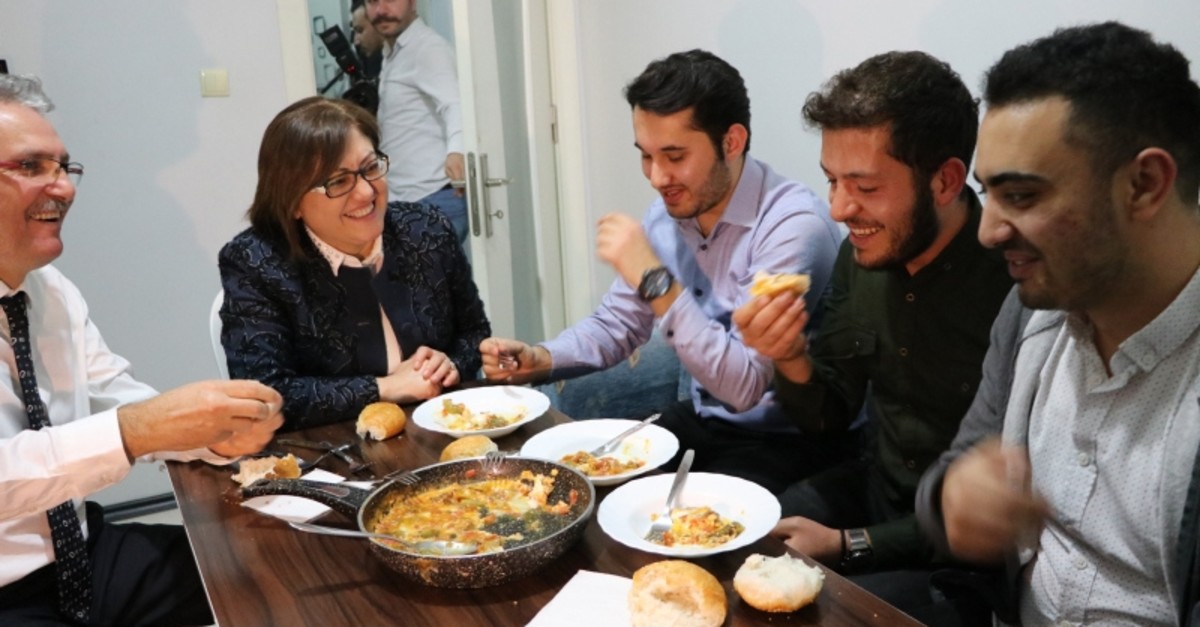 A group of homesick university students were treated to a cozy, home-cooked meal by the mayor of the Gaziantep Metropolitan Municipality after one of them pleaded on social media that they had missed their moms' cooking and would love to host the mayor at their student house.

Yavuz Selim Çapar, a second year undergraduate from Gaziantep University's Faculty of Theology, tweeted Wednesday to Mayor Fatma Şahin, asking if she would be their guest for dinner, cheekily mentioning that they had very much missed their mothers' cooking and were feeling a bit down as they were far away from home.

Şahin decided to accept the students' invitation, and a day later came over to show them a few tricks of the trade and teach them fairly easy, quick and budget-friendly meals to cook.

Visiting Çapar's home, which he shares with two other friends, accompanied by her husband, Şahin cooked the trio a comforting lentil soup while her husband Izzet made them a "student classic" menemen — a Turkish scrambled-egg dish with tomatoes, onions and peppers.

Reiterating that with an ever-growing young population and four universities, Gaziantep was indeed "a city of universities," Şahin said she couldn't turn down the students' request, saying she felt for them as she was a mother of two who were also students.

Şahin also said the key point students must pay attention to when making soups is to use high-quality tomato pastes and spices, all of which are abundant in Gaziantep.