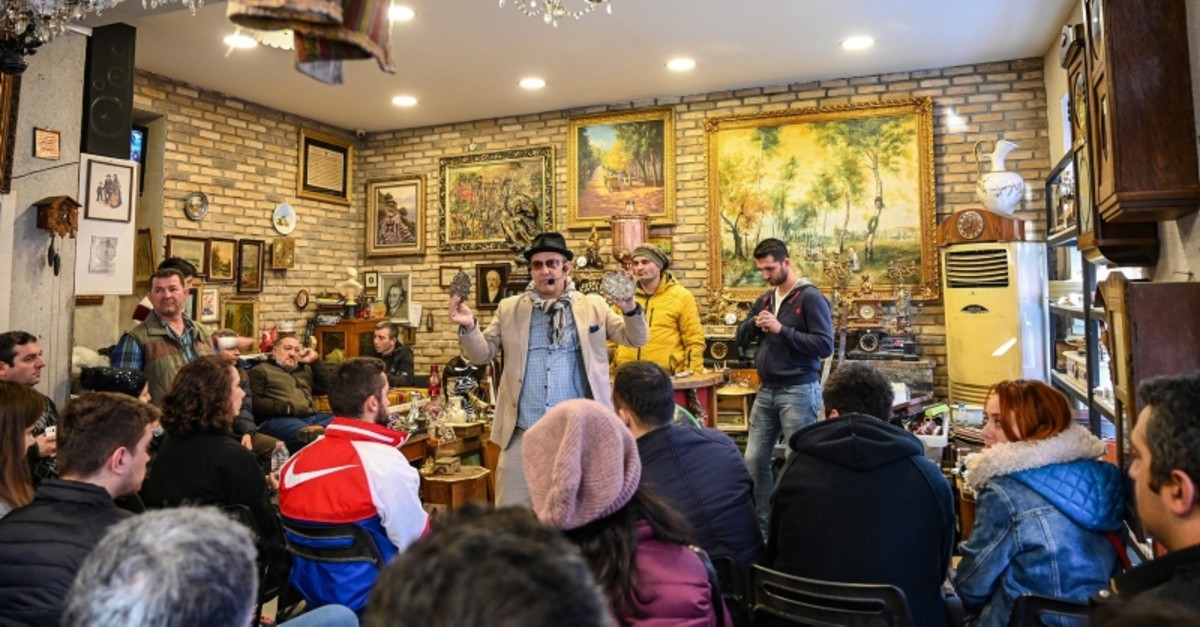 "Going, going, gone!" resonate the enticing chants of auctioneers in the narrow streets of a trendy Istanbul neighborhood, fascinating onlookers who are surprised, not so much by the fast pace of the bidding, but by the prices in economically troubled times.

Auctions may have a reputation for being the staid preserve of the wealthy to joust politely for rare collectibles or master paintings that can go for millions of dollars.

But this is not the case in Balat, a historic neighborhood on the shores of the Golden Horn estuary frequented by tourists and locals alike who enjoy the hipster cafes and historic churches.

Istanbul doesn't have a tradition of jumble sales, although there are secondhand shops.

But, about five years ago, low-price auction houses began to spring up in Balat, giving residents another way to rid themselves of unwanted goods.

Auction houses now regularly pack in the crowds, and for many, it is their first time.

"I came here for a walk with my son but when I heard the chant and saw the sign that it is free to join, we popped in out of curiosity to see what an auction looks like," said Murat, standing in front of the cashier, having won the bidding for a laser pen for his son at 10 lira ($2).

"I have never been to an auction before. I always thought it was for rich people.

"I really like the ambiance here. It was quite fun and the prices are very reasonable.

"I will definitely come again," he said.

The auction houses go all-out to create an experience that draws people in.

Auctioneer Ali Tuna invites those who hesitate at the door to come in and take a seat.

Cracking jokes to put people at ease, Tuna banters with the audience like a standup comedian.

Wearing a black fedora style hat and a clip-on mic, he skillfully describes every item to the crowd, walking it around to give people a closer look, be it a simple pen, dagger or silver mirror.

"I must keep the ambiance dynamic," said Tuna. "I cannot let the energy die down."

To some, "the guy with the hat" is half the reason for coming back.

"You meet different people, some are coming to satisfy their appetite for antiques and some merely for five-penny items," said Tuna. 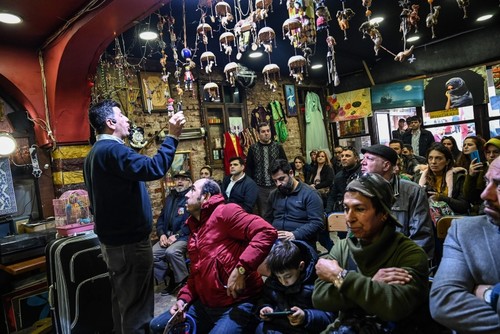 An entertaining atmosphere, almost like a show, is important to the business model.

As the commission charged for selling bargain items is low, the houses need to auction a large volume of goods, so having a room packed with clients is critical.

Some auction houses double as cafes, adding to the attractiveness of the atmosphere and provide organizers with another revenue source.

"I join the auctions as a social activity."

Then there is the excitement of bidding, and getting a good deal.

"It was very competitive," remarked Nil Su, a university student, who paid 50 lira to get the model for her younger brother.

"I could have bought it at a much lower price but for that man," she said, smiling, as she pointed to an older man sitting in the front row who kept raising the bid. 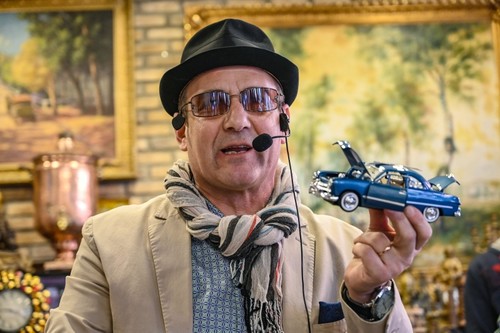 Still, many believe the auctions offer a good deal, which isn't something to be sniffed at, given that Turkey has faced a sharp surge in its inflation rate.

"With the current state of the economy, people's purchasing power has dropped," said Yavuz, who both buys and sells items at the auctions.

"Here they can find products at more affordable prices."

Ercan Altan, who has transformed his coffee house in Balat into an auction house, said that not all starting prices were as low as $2.

"There are some products you cannot start the bid from $2, like this gramophone," he said.

Arda Gürler, who runs an online auction website for old documents and engravings, said the Balat auction houses were not for serious collectors — but acknowledged that wasn't the point.

"It is like a spontaneous theater over there. When you stay five minutes, you enjoy the ambiance."