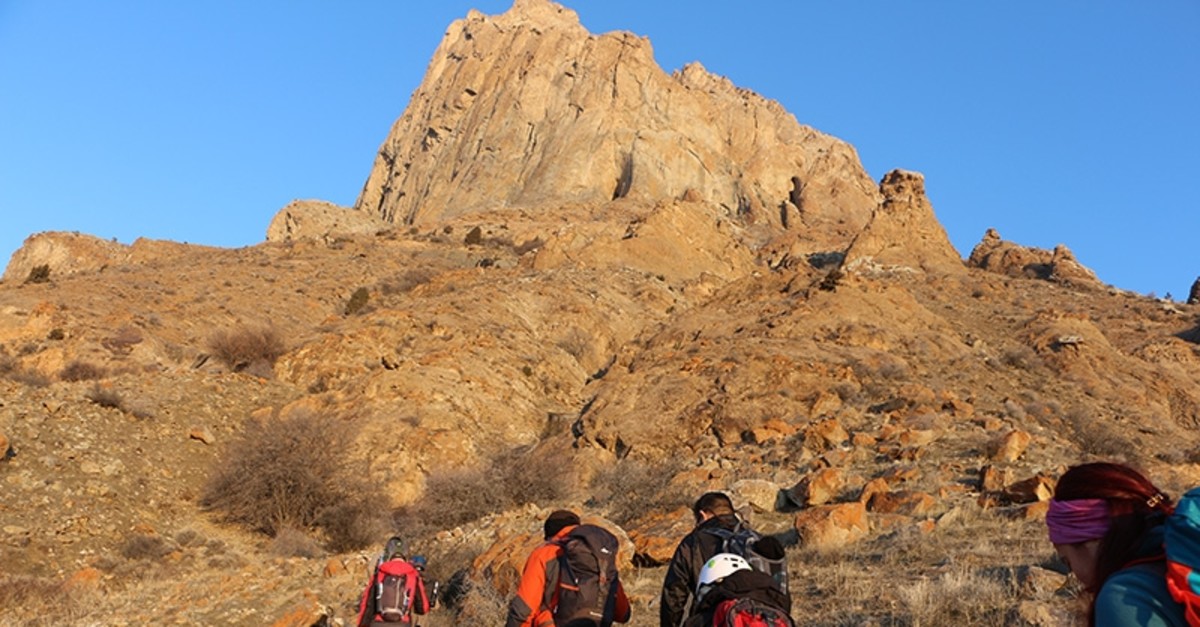 A group of Turkish mountaineers over the weekend climbed the iconic Ilandagh Mountain in the Nakhichevan Autonomous Republic to commemorate the victims of Khojaly massacre, which took place in 1992 in Azerbaijan's now-occupied Karabakh region during the war with Armenia.

Mount Ararat Climbing and Nature Sports Club in northeastern Turkey's Iğdır province organized the event that was participated in by mountaineers from cities across the country.

Mountaineers observed a moment of silence upon reaching the summit, where they unfurled a banner in memory of the hundreds of Azerbaijani citizens massacred by Armenian troops in February 1992. 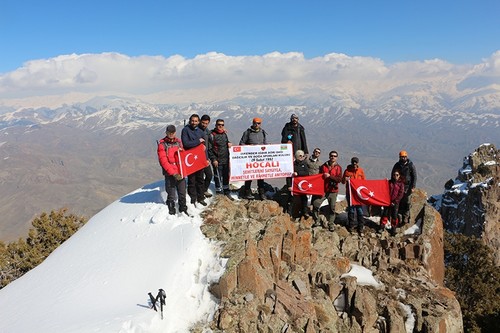 Club chairman Ümit Sönmez told Anadolu Agency that what had happened in Khojaly should be known to the world, adding that they plan to arrange similar events each year at the same summit.

Sönmez said that although Ilandagh Mountain has challenging routes, all of the mountaineers who joined the event successfully climbed to the peak.

Selma Güven, a mountaineer from Bodrum Nature Sports Club in western Turkey's Muğla, said: "We commemorate the martyrs of Khojaly with respect. We say no to wars and deaths. No excuse can justify the deaths of innocent people."

The massacre of Feb. 25-26, 1992, is regarded as one of the bloodiest and most controversial incidents of the war between Armenia and Azerbaijan for control of the now-occupied Upper Karabakh region.

On the heels of the Soviet Union's dissolution, Armenian forces took over the town of Khojaly in Karabakh on Feb. 26, 1992, after battering it with heavy artillery and tanks, assisted by an infantry regiment. At the time of the massacre, the town's population was more than 11,000.

The two-hour offensive killed 613 Azeri citizens, including 116 women and 63 children, and also critically injured 487 others, according to Azerbaijani figures. Of the 1,275 Azerbaijanis that the Armenians captured during the massacre, 150 remain missing to this day.