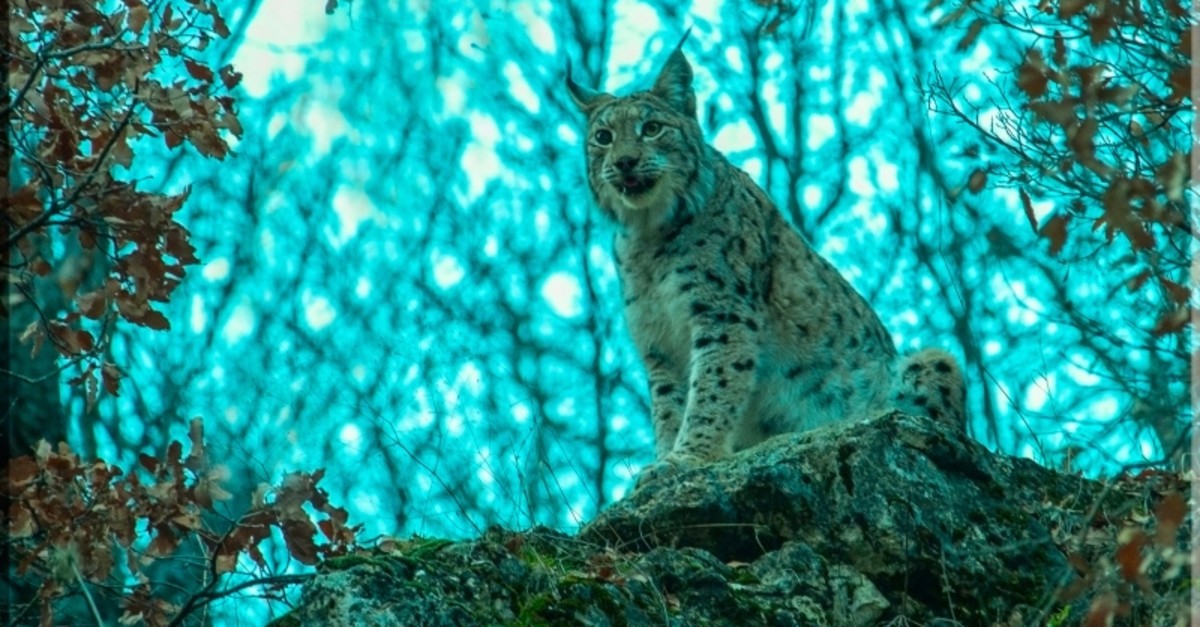 A Turkish nature photographer and his colleague friend have managed to capture close-up photos and video footage of a lynx dangerously close to extinction in Turkey's eastern Tunceli province. The photos are the clearest and nearest photos of the endangered animal in recent history.

Ayhan Özdemir, who actually lives in Erzincan, noticed the lynx Tuesday afternoon while he and his friend Ismail Ateş were shooting in the Munzur Valley.

The animal was a Balkan Lynx listed in the Red List of Threatened Species of the International Union for Conservation of Nature. This categorization means the lynx is in the critically endangered category, and according to the IUCN it is the smallest and most threatened native Eurasian Lynx subpopulation.

Speaking to Anadolu Agency, Özdemir said he had taken many photos of wild animals such as wild goats, partridges and eagles in the region, but it was the first time he had seen a lynx.

Özdemir said they were very lucky to have encountered the wild animal, adding: "sharing the same environment with such animals is an indescribable source of happiness and tranquility."

The duo also cautioned people to protect nature, wildlife and especially endangered species like the lynx as without them life as we know it would be over.