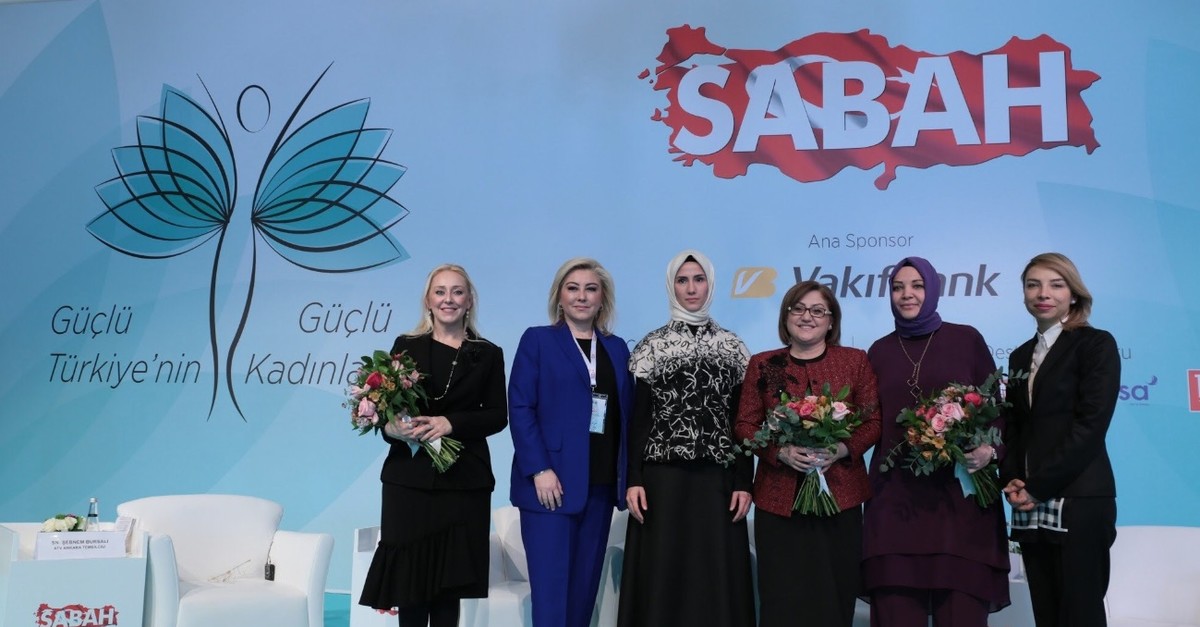 Speaking at the event in Istanbul, women talked about their place in the public. Sümeyye Erdoğan Bayraktar, the vice president of the Women and Democracy Association (KADEM) spoke about clichés regarding Women's Day while also touching upon women's importance in the community as its "backbone."

"I wish we would not have to mark a special day for women to highlight their problems. The challenges women face today are related to faults in views of power, justice and mercy. Certainly, strong people would emerge but we have to teach people what power means to them and restore justice. This is not an occasion to merely heap praise on women. Women are like all other human beings, with their good and bad deeds. This should be an occasion to highlight their suffering," she said.

Bayraktar spoke about how KADEM worked to empower a woman's role in society and family.

"We are trying to juggle our struggle against the traditional mindset that corrupts the morals of men and hurts women and we struggle against a modern order originated in the West that alienates people from their nature and leads to the collapse of society's future. We already have a faith that lets us bring society and women in general to a stronger position," she said.

Ceyda Uzman, an executive board member of Turkuvaz Media Group, said at the event that the company attached importance to having women employees at every level of Turkuvaz, where women make up 35 percent of the workforce in the company.