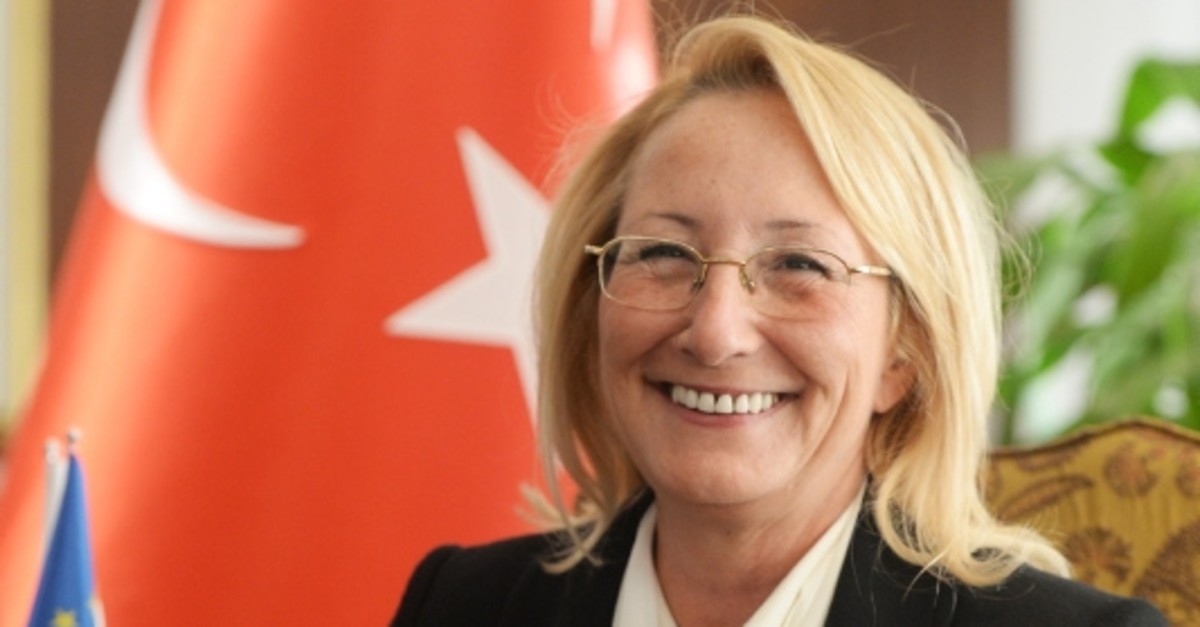 Professor Beril Dedeoğlu, a former minister of European Union Affairs and member of the Turkish Presidency's Security and Foreign Relations Board and the Council of Higher Education (YÖK), died Wednesday at the age of 58.

Dedeoğlu, a prominent figure in international relations studies in Turkey, has been a columnist for the Daily Sabah since November 2015.

She was hospitalized on Feb. 28 due to cerebral hemorrhage and had remained in critical condition at the intensive care unit of a private hospital in Istanbul's Şişli district ever since. She was married and the mother of two children.

"Professor Dr. Beril Dedeoğlu, apart from serving as Minister of EU Affairs […], was an important academician who will be remembered through her works and students," Kalın said.

"I feel very deep sorrow that Professor Dr. Beril Dedeoğlu has passed away," Altun wrote in a Twitter post, adding that she was a hard-working and productive academician.

Born in 1961, Dedeoğlu finished high school at the prestigious Galatasaray High School and continued her studies at the International Relations department of Istanbul University, where she resumed her postgraduate studies. She started her academic career at Galatasaray University in 1999, obtaining the titles of associate professor and professor in 1999 and 2005, respectively, and later serving as the department head between 2005 and 2015.

Dedeoğlu, who expertized in European Union studies during her career, briefly served as Turkey's EU minister and chief negotiator between September and November 2015 in the 68th cabinet formed by then-Prime Minister Ahmet Davutoğlu as an interim government between the general elections held in June and November, with the former resulting in a hung parliament.

During the period dubbed as the "reconciliation process" between late 2012 and the summer of 2015, which saw the PKK suspending its armed attacks against Turkish security forces with the government increasing its efforts to reach a political solution to the conflict, Dedeoğlu was among the members of the "wise people committee" formed out of academics, opinion leaders, NGO representatives, businesspeople, politicians and journalists.