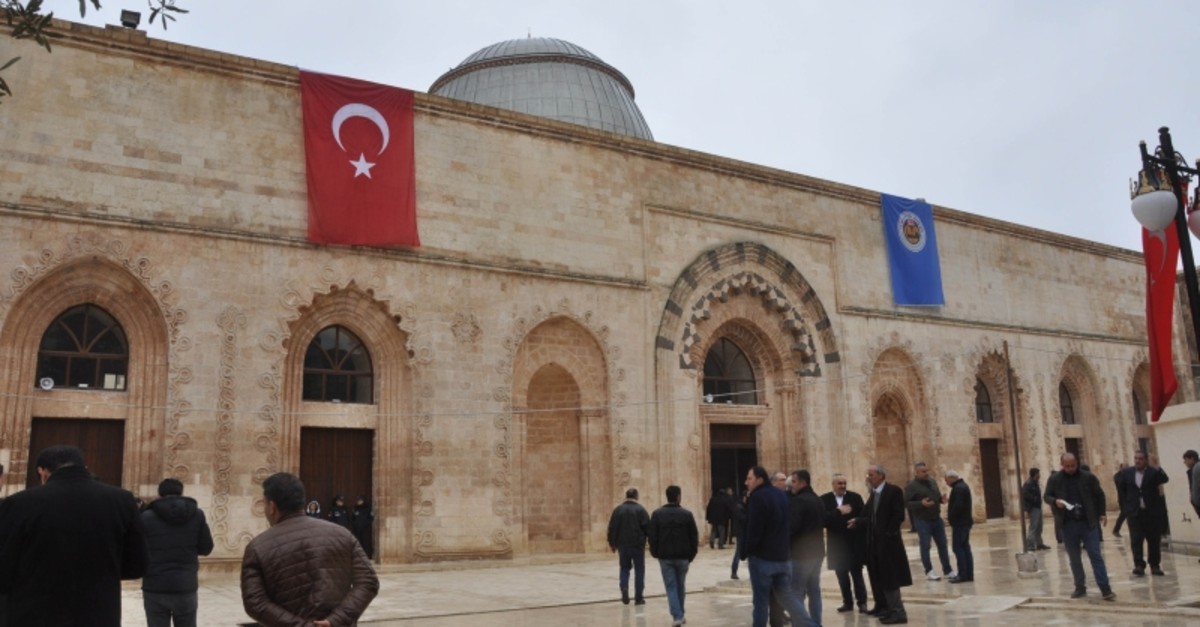 The historic Ulu Cami (Grand Mosque) in southeastern Turkey's Mardin province opened to the public for prayers Friday after renovations by the Diyarbakır Regional Directorate for Foundations.

The 800-year-old mosque, which is located in the Kızıltepe district of Mardin, hosted Friday prayers for the first time in four years.

Provincial Mufti Ismail Çiçek delivered a Friday sermon after the prayer in which he wished God's mercy and grace for those who were killed in a terrorist attack earlier in the day at two mosques in New Zealand's Christchurch.

Deputy Chairman of the General Directorate Ali Hürata told reporters that comprehensive restoration work was carried out in the mosque. He added that the directorate has restored some 33 structures across Mardin.

Hürata said that in the last 16 years, Turkey has restored approximately 5,200 historical buildings, in addition to historical structures abroad such as mosques in Macedonia and Bosnia.

He noted that the restoration work on Alaca Mosque in Bosnia-Herzegovina's southeastern town of Foca, which was demolished with explosives by Serbian soldiers during the Bosnian war between 1992-1995, is planned to be completed within five or six months.

Construction of the Mardin Grand Mosque began in 1184 upon the order of Yavlak Arslan from the Artuklu Dynasty, which ruled the region at the time. The mosque was completed in 1204 under the rule of Yavlak's brother Artuk Arslan.