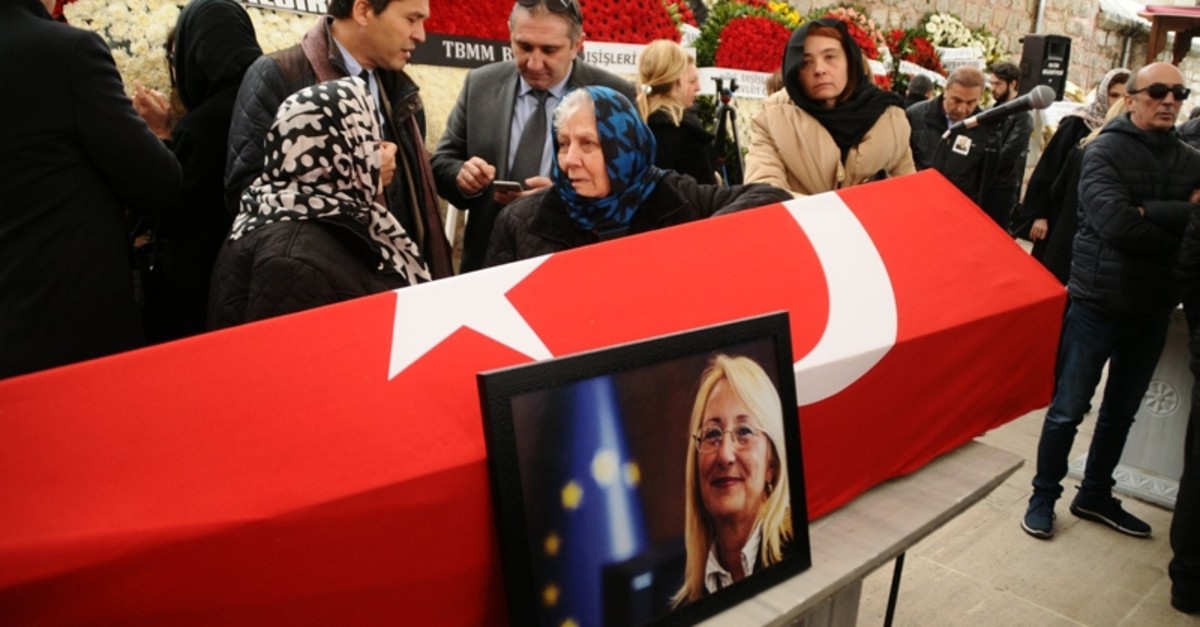 The funeral of professor Beril Dedeoğlu, a distinguished academic, senior adviser to the presidency and Daily Sabah columnist, was held Friday. She died on March 13.

The 58-year-old mother of two, was hospitalized last month after suffering a cerebral hemorrhage and was in intensive care under critical condition at an Istanbul hospital.

A farewell ceremony was held at Galatasaray University, where she had launched her academic career and served as the head of the International Relations Department for a decade. Her friends, colleagues and family members attended the ceremony, which was held before the funeral prayers later Friday at an Istanbul mosque.

President Recep Tayyip Erdoğan, who worked with the academic during her time as the minister of EU affairs of an interim government in 2015 and her latest tenure as a member of presidency's Security and Foreign Relations Board, paid his respects to Dedeoğlu at the ceremony at the university.

"May Allah bless her soul. She is an irreplaceable person, like some other academics we lost in recent years, including Halil İnalcık, Fuat Sezgin and Kemal Karpat. I worked with her for a long time while she was a minister, the rector of [Ege] University, a member of the Board of Higher Education and member of Security and Foreign Relations Board. She has always been an admired and respected person for her experience, efficiency, her hard-working nature and kindness. Her assessments and views based on Turkey's domestic vision on international relations, always expanded our horizons and illuminated us," Erdoğan said.

The president added that Dedeoğlu has worked for her country by educating students and undertaking tasks for her country. "We lost her at a young age, we lost someone I personally witnessed how hard and enthusiastically worked to serve this nation that raised her. I had more work to do I planned with Beril Hoca," Erdoğan said, using a Turkish title employed for academics. "I am sure she had more work planned that would contribute to international relations and security policies. I hope her students and colleagues will continue her work," Erdoğan said.