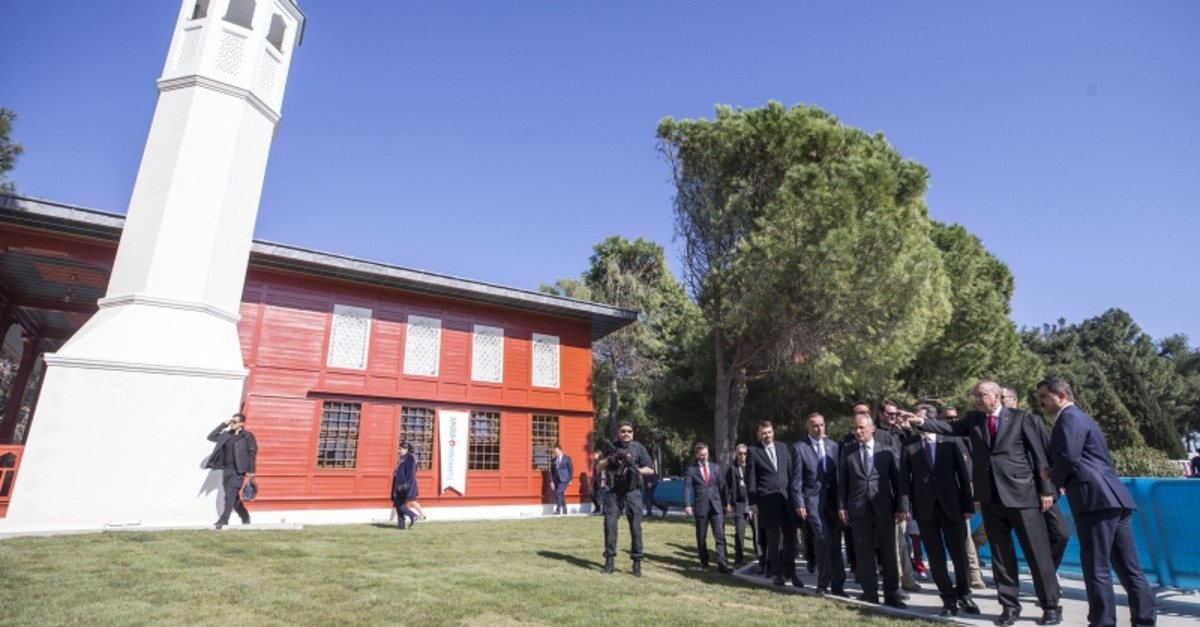 President Recep Tayyip Erdoğan inaugurated Monday a mosque in western Çanakkale province, where he attended ceremonies marking the 104th anniversary of the Battle of Çanakkale and commemorating the martyrs in the historic victory.

The mosque, called the Çanakkale Şehitler Abidesi (Monument of Martyrs) Mosque, is located on Hisarlık Hill on the historic Gallipoli peninsula and has a capacity of up to 350 people.

Speaking at the inauguration ceremony, Erdoğan said that the mosque was the work of unique architecture, mostly built out of pine wood except for the minaret, which was constructed from lime stones brought from southern Antalya province specifically for the mosque.

Erdoğan also thanked everyone who contributed to the establishment of the place of worship.

The events leading up to the momentous battle started in Feb. 1915, when Britain and France decided to launch the Gallipoli Campaign to knock the Ottoman Empire out of the war as quickly as possible by reaching and capturing its capital, Istanbul.

They started their attack on March 18 — the day, which is commemorated today as the Çanakkale Naval Victory Day — but the waters were filled with a network of mines laid by Ottoman vessels.

On April 25, allied soldiers landed on the shores of the Gallipoli peninsula. The troops were there as part of a plan to open the Dardanelles Strait on Turkey's Aegean coast to Allied fleets, allowing them to threaten the Ottoman capital.

The Allied forces, however, encountered strong and courageous resistance from the Turks and the campaign turned out to be a costly failure.

Victory against the Allied forces boosted the morale of the Turkish side, who then went on to wage a war of independence between 1919 and 1922, and eventually formed a republic in 1923 from the ashes of the old empire.