Turkey’s elderly make up 8.8 percent of population in 2018 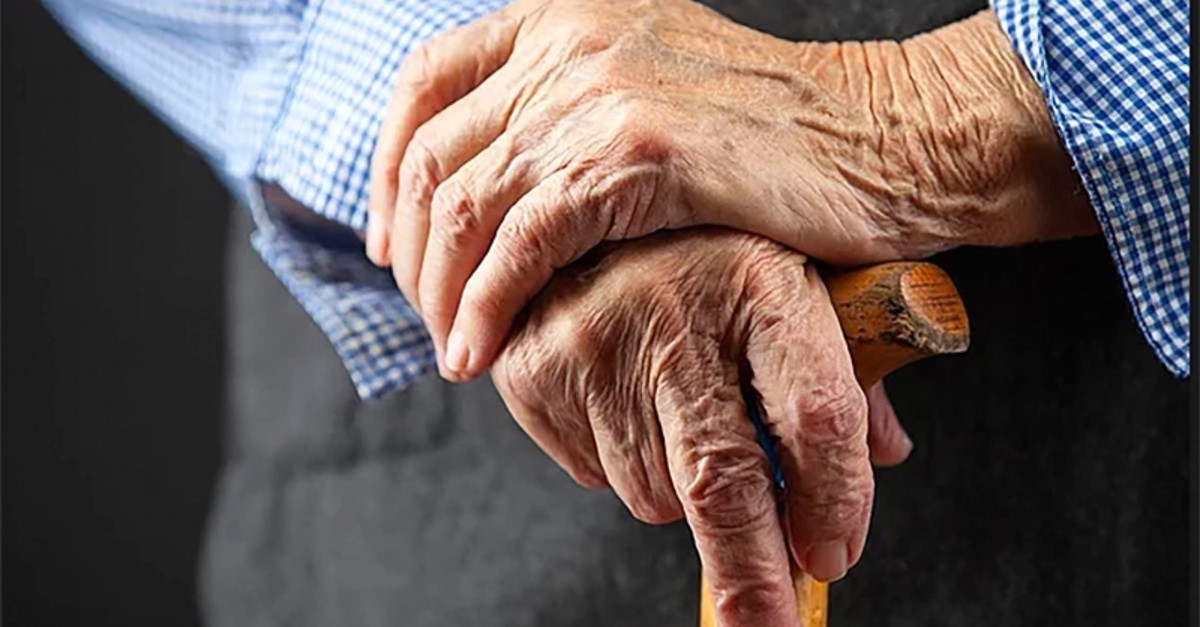 Turkey's elderly population increased by 16 percent in the last five years but the numbers of educated elderly people also rose in the same period.

Turkey is getting older, new figures released Monday by the Turkish Statistical Institute (TurkStat) show. The proportion of senior citizens or those at the age of 65 and above increased 16 percent in the last five years and was more than 7.1 million last year. Now, they make up 8.8 percent of the total population and more than half of the elderly are women, TurkStat figures revealed.

The 2018 statistics also brought good news. The number of educated elderly people increased in the last five years, according to the figures. The rate of illiterate senior citizens dropped to 19.6 percent from 23.9 percent in 2013. The percentage of elderly citizens with a university degree rose to 6.2 percent in 2017, the latest year with available data, from 4.7 percent.

The figures were released to mark the occasion of Respect to the Elderly Week in the country, where the elderly are greatly respected in customs and traditions dating back to early Turkic culture.

Projections by TurkStat show that the elderly population will increase to 10.2 percent by 2023 and is expected to rise to 16.3 percent in 2040. Experts link these projections to a decline in fertility and the availability of new treatments that increase longevity.

Turkey is not alone in these projections. Much of the world, particularly developed countries, faces the phenomenon of aging populations with the average life expectancy pushing well over 70 and even 90 in some places. Monaco, Japan and Germany lead the list of countries with the highest proportion of the elderly citizens, 33.2 percent, 28.4 percent and 22.4 percent, respectively.

Average remaining life span when people reached the age of 65 was 17.7 years — 16 years for men and 19.2 years for women — according to figures released Monday. Women usually outlive men as their life expectancy at birth is about five years more than men.

This reality, in turn, brings up another concern for elderly women. The proportion of widows at the age of 65 and above was 49.2 percent while widowers made up only 12.2 percent of the elderly population, which means a longer life without a companion, especially for housewives financially dependent on their husbands.

The poverty rate among the elderly, meanwhile, dropped to 15.5 percent from 22.4 percent in 2013. Statistics show more elderly women were living in poverty than elderly men. The likely reason for this imbalance is that most women are financially dependent on their husbands, in a country where the rate of female employment has only recently progressed and still lags far behind men. TurkStat data from 2017 shows 12.2 percent labor force participation among the elderly. The majority of work by the elderly is in the agriculture sector, TurkStat said, which means they are mostly farmers or breeders.

A positive development for the elderly is increasing access to the internet. Internet access among senior citizens increased to 17 percent in 2018 compared from only 5 percent in 2014. Men use the web more than women, statistics show.

According to TurkStat, the elderly most frequently die of circulatory system diseases. The number of those who died of Alzheimer's rose to 4.6 percent in four years, from 3.6 percent. Figures based on data from life satisfaction surveys, meanwhile, show a number of elderly citizens declaring they were happy dropped to 61.2 percent in 2018, from 66.1 percent in 2017.

As for the most aged cities, TurkStat says Sinop in the Black Sea region has the highest proportion of the elderly at 18.3 percent, followed by two other northern cities: Kastamonu and Artvin. All three cities are known for high migration of their younger population to big cities in search of employment and as places where those who migrated to other cities prefer most to settle after they retire. Şırnak and Hakkari in southeastern Turkey had the lowest elderly population at 3.2 percent.