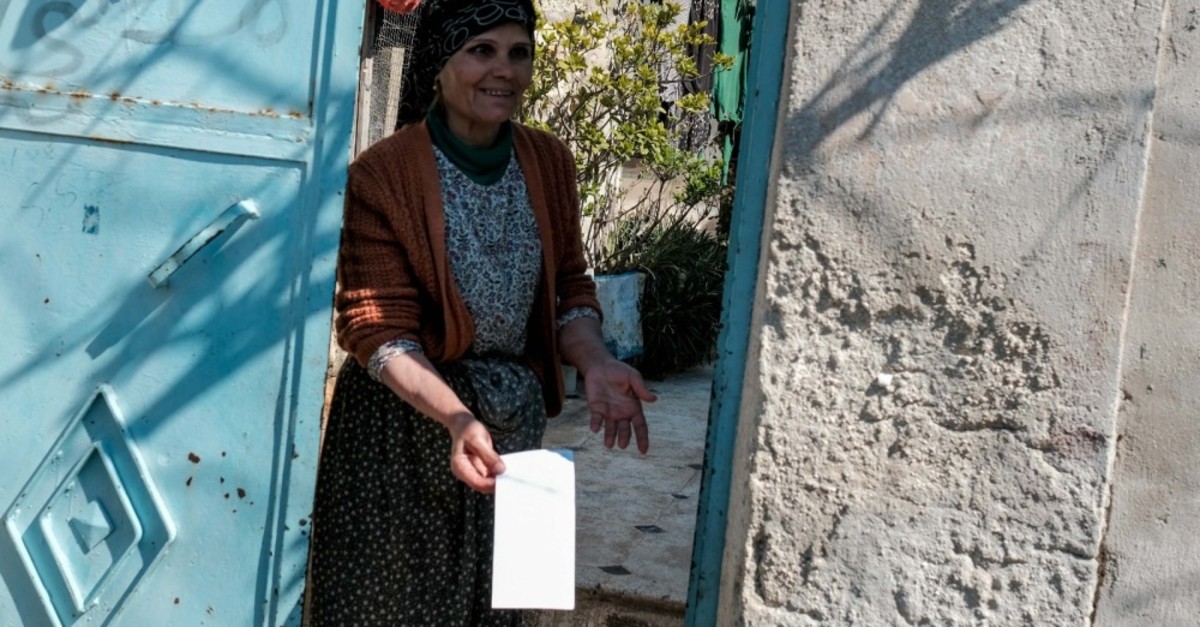 A mysterious philanthropist, who hired men to leave envelopes full of cash in poor neighborhoods of Istanbul, has showed up this time in Syria.

Envelopes with cash were left at the doorstep of hundreds of houses where impoverished families live in Azez, Çobanbey and Afrin, three towns liberated from the terrorist groups by Turkish and the Free Syrian Army (FSA) forces. Anadolu Agency (AA) reported that the envelopes were mostly left for households with single parents, who lost their spouses in the Syrian civil war and households of disabled veterans of the FSA.

Hatice Cindo, an 85-year-old widow living in a village near Afrin, was one of the recipients. Cindo said her husband passed away last year and she lives alone. "We have been suffering for years. I have nobody to depend [for an income]. May Allah bless this person," she said. Mahmoud Abdullah, an internally displaced man who lost his house during the civil war, found the envelope outside his tent in Azez. "I don't know who left it but may Allah bless him. Everybody here is affected by the war and most are left without a home," he said.

Earlier this month, a group of men arrived in two poor neighborhoods of Istanbul's Beyoğlu and Başakşehir districts, leaving cash in envelopes to impoverished households before leaving in a hurry. The mysterious philanthropist was nicknamed "Hızır" by locals after an ancient figure mentioned in the Quran and believed to be a saint coming to the aid of people in times of need.

Syria is mired in a civil war that has killed thousands and displaced millions since 2011. The country's north, especially towns near the Turkish border, is largely safer, following two Turkey-backed operations against terrorist groups in 2016 and 2018. Millions fleeing attacks from Assad's forces went north in search of a safe haven. They are either forced to live in tents or in decrepit buildings and most are dependent on aid for a living.