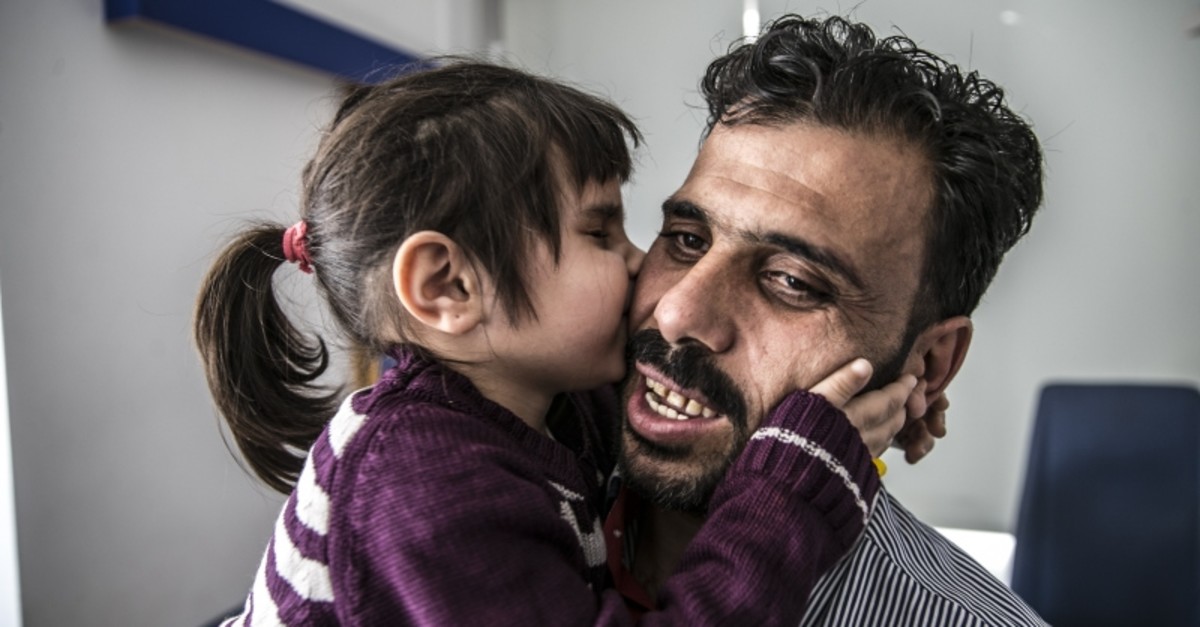 A Syrian girl who lost her sight in an airstrike carried out by the Bashar Assad regime partly regained her ability to see after having a surgery in Turkey with the support of a foundation in southern Hatay province.

Sidra Muhammad completely lost her sight due to the pressure caused by a bomb dropped by the regime in Hama in 2015.

The 5-year-old girl then fled the country with her family two years ago to take shelter in Turkey, where she had an eye surgery with the support of Hatay Mutual Aid Society (HAYAD).

The girl's father, Abdulrazzaq Muhammad, who lost his mother and sister during the same attack, told Anadolu Agency (AA) that his daughter first received treatment in a field hospital in Syria where doctors' resources were insufficient.

"In our country health facilities were limited. When the attacks increased in Hama, I came to Hatay two years ago with my wife and two children," Muhammad said.

Saying that his daughter could not walk, talk or play before because she could not see anything, Muhammad thanked the officials from the foundation and the Turkish doctors who performed the surgery.

"My daughter is running toward me, hugging and kissing me. It's worth everything," he said.

Cengaver Tamer, Turkish optometrist and eye surgery specialist, told AA that the girl had completely lost sight in her right eye, but doctors were able to recover sight in her left eye by cleaning off one of the cornea layers damaged during treatment in Syria.

"I think that Sidra's eyes were exposed to the effects of shock waves that we call the 'blast effect.' The tissues of the eye are very sensitive and can heavily respond to such traumas. We noticed that Sidra started seeing after the operation. For now, she sees close distances, hand gestures, objects, and can make contact with them," Tamer said, adding that they are going to perform a second surgery in coming weeks to completely heal the eye.