First entrepreneur with Down syndrome aims to set example 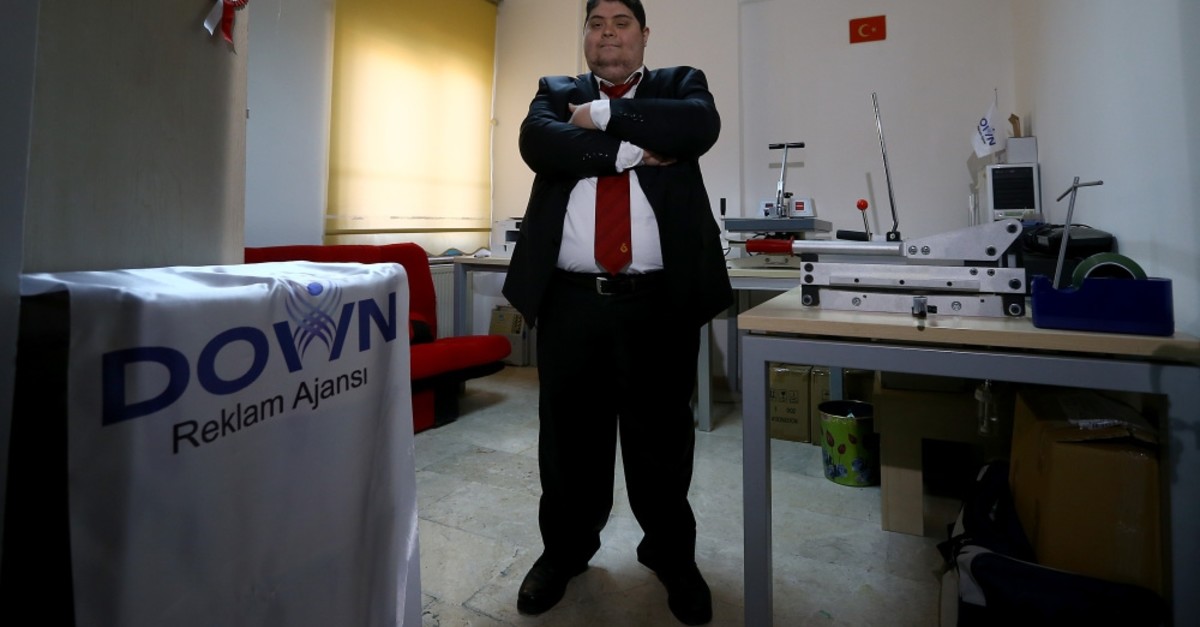 Ozan Ulusoy, a 31-year-old with Down syndrome, says the secret to his success is simple - stop being an introvert. Turkey's first entrepreneur with this genetic disorder has been running an ad agency in the capital Ankara since 2014. On World Down Syndrome Day, which was marked yesterday, Ulusoy said he wanted to set a precedent for people like him.

Turkey is home to about 70,000 people with Down syndrome, a disorder that, apart from slight physical changes in facial features, causes intellectual disability. It does not pose a major obstacle for integration into society. Prejudice toward the disabled also affects those with Down syndrome, a possible impediment to education, and they often can't find employment.

"I first noticed that I was different from other children, while I was in the sixth grade," Ulusoy said. It wasn't a hurdle for him, and he said his parents have always been supportive of his pursuit of education and a career. He was trained in the printing business but chose a different career path at first. He started out as a waiter before working as a salesman at a tech store. When he learned about free loans for disabled youth by the state-run employment agency İŞKUR, he decided to present a project to run his own business. The result is the Down Ad Agency where he designs and sells promotional souvenirs, mugs, frames and other products. One year later, he won the entrepreneur of the year award from a university in Ankara. Nowadays, he speaks at university events where he tells his life story and how he succeeded in entrepreneurship as a person with Down syndrome. "I am especially proud of this, to be able to relay my experience to other people. I want to inspire people like me who want to start up their own businesses. This company means a lot to me," Ulusoy told Anadolu Agency (AA).

He advises others with Down syndrome and their families to "socialize more." "They shouldn't be introverts, they should get out more," he explained.

His father Ali Ulusoy, a lawyer who also chairs an association for the disabled, says his son's work is very important. "Of course, he runs it for a profit but what matters more is that a disabled person can cling to life on their own. He rides the bus or takes a car to commute 26 kilometers and promotes his business online, and he does it all on his own. This is a story of survival for people with Down syndrome. We are very happy and honored to see him succeed. He does what he loves. He likes to give gifts to people, and he sometimes gifts what he designs here," he said. "We liked that he set an example. He was a speaker at an employment summit for the disabled, and we hear that more people with Down syndrome are setting out to start their own businesses," the father added.

Ulusoy's mother Aysel Ulusoy, a retired math teacher who helps her son with his company, said she first found out about Ozan's disorder when he was 6-months-old. "Doctors told us he wouldn't be able to do anything on his own. We were shocked at first, but he grew up pretty fine and developed like other children. Now, he is a successful businessman, and we are proud of him," she said.