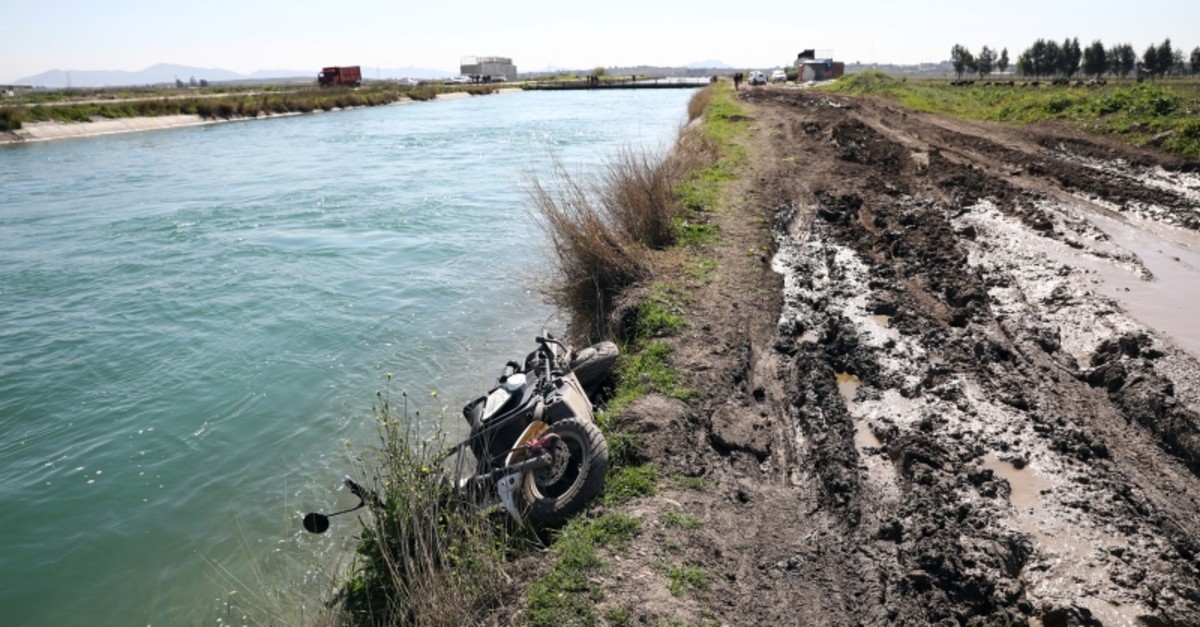 FILE photo shows the electric bicycle Musa and his father was riding before they fell into the water.
by Daily Sabah Mar 26, 2019 2:02 am

A 7-year-old boy riding with his father Saturday morning lost control of his electric bicycle and tumbled into an irrigation channel in central Yüreğir in southern Adana province.

The duo had gone to harvest cabbage from their field but after seeing that the road was blocked by mud they decided to ride close to the channel to get going.

Ahmet Tabar and his son Musa both fell into the chilly waters after losing their balance, but the 42-year-old managed to grab his son in time and lifted him onto shore. However, in a split second he was caught in a current and the water washed him away, taking him downstream.

After an hours-long search, the father's body was found in the channel five kilometers away from the scene of the incident.