Gaziantep radio a voice for Syrians across the globe 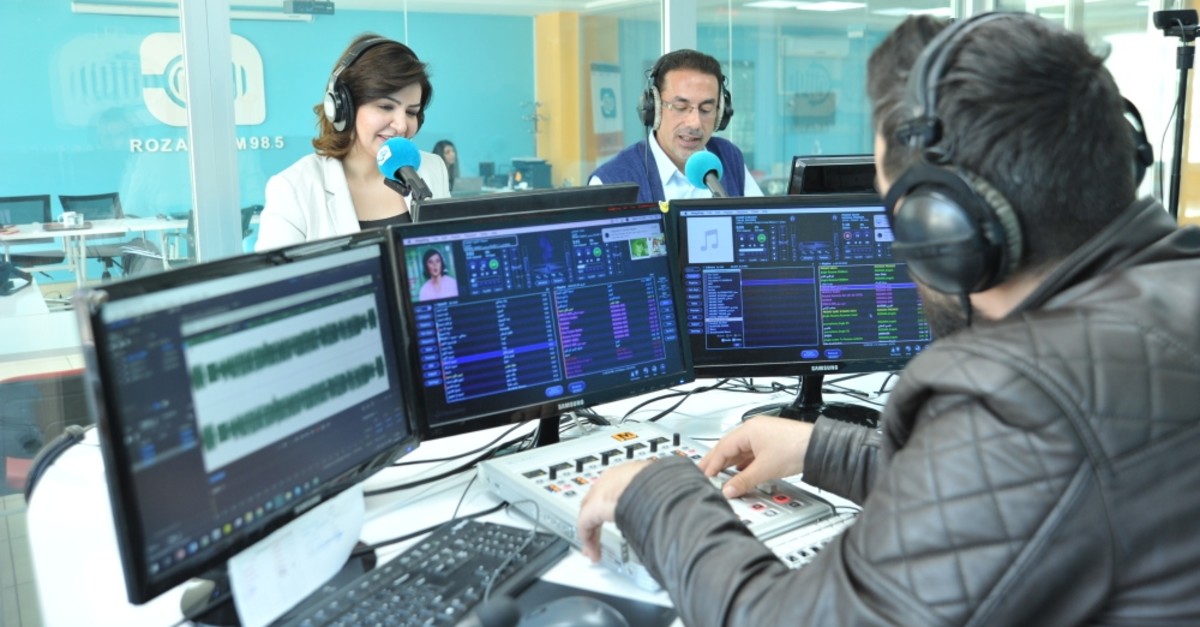 Rozana FM, formed by journalists and radio personalities who fled the Syrian civil war, gives a voice to millions of Syrian refugees scattered across the world, from Turkey's Gaziantep

In eight years Syrians have become one of the largest refugee community across the world due to the ongoing civil war that displaced millions. A radio station in Gaziantep, a Turkish city on the border with Syria, seeks to reach out to them via the airwaves and online streaming.

Rozana FM was founded in Paris in 2013 and one year later, set up another studio in Gaziantep, where the Syrian refugee population has skyrocketed since 2011. Rather than an ordinary station, it is actually an umbrella broadcasting company for journalists and radio personalities with diverse backgrounds who wanted to continue their profession after being forced to flee their war-torn homeland. Today, it counts 2.5 million people among its listeners in Turkey and reaches out to another 7.7 million people around the world with its livestreaming website.

Lina Shawwaf, founder and editor-in-chief of Rozana, says their main aim is to help Syrians integrate better to the countries they sought shelter in and their audience is from "a wide spectrum of different political views." Shawwaf, who hails from Damascus, has been in the media sector for 26 years and worked in television, newspaper and radio. She found success with the Arabesque radio station she founded in Syria. The station gained popularity in her country but she had to leave Syria when the "revolution" started in 2011. 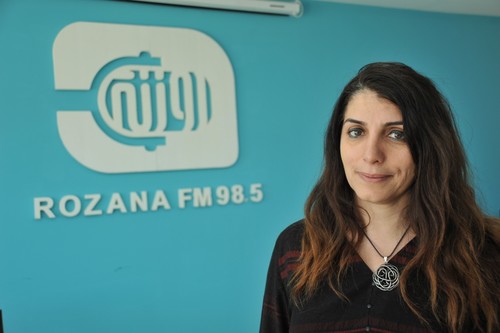 Founder Lina Shawwaf says their shows cover everything from health to the daily lives of Syrians.

"The regime was exerting pressure on journalists and media members. I was like many other colleagues who had to leave," she recounts. She lived in Paris for a while before she joined other colleagues to create Rozana FM. Soon, the station expanded and she decided to travel to Gaziantep for a new studio. "Gaziantep is home to a large number of journalists who fled Syria. They were running a radio station but they did not have a studio and they could only broadcast online. I decided to move Rozana to Gaziantep and together, we formed a small studio," she told Anadolu Agency (AA). "Gaziantep became a city which has been a popular destination for Syrians. Nonprofit organizations, businesspeople, everybody settled here. We thought a radio station can play a role in strengthening integration between Syrians and Turks," she says.

Rozana nowadays broadcasts across Turkey's border cities where the refugee population is concentrated as well as northern Syrian towns close to the border and relatively safer than conflict-ridden inner regions of Syria. The programming mainly focuses on news on current events as well as features about Syria. "We talk about their basic needs, their suffering and their expectations. In our shows, we discuss social changes they are going through," Shawwaf says about the programming. She highlights that Rozana is "independent" and caters to Syrians regardless of their differences. "Our shows cover everything, from health to daily lives of Syrians and in particular, their integration," she says. Integration is one of the main challenges for refugees in Turkey where the language barrier curbs their access to social services, education etc. while keeping them isolated from the rest of society.

Mounir Ayyoubi, a programmer, said they discussed in their shows the state of Syrians in Turkey, their psychological state and the services Turkey offers them among other subjects. "We also touch upon social issues. For instance, child labor is very common among Syrian refugees. We try to raise awareness on this issue as well as against violence toward children and want more children schooled. We cooperate with nonprofit organizations for awareness on women's rights, discuss stories of women subjected to domestic violence and violations of women's rights. Listeners can call in to express their ideas or relate their stories. In the end, we discuss anything that would help them live a dignified life here and adhere to the laws [of Turkey]," Ayyoubi said.