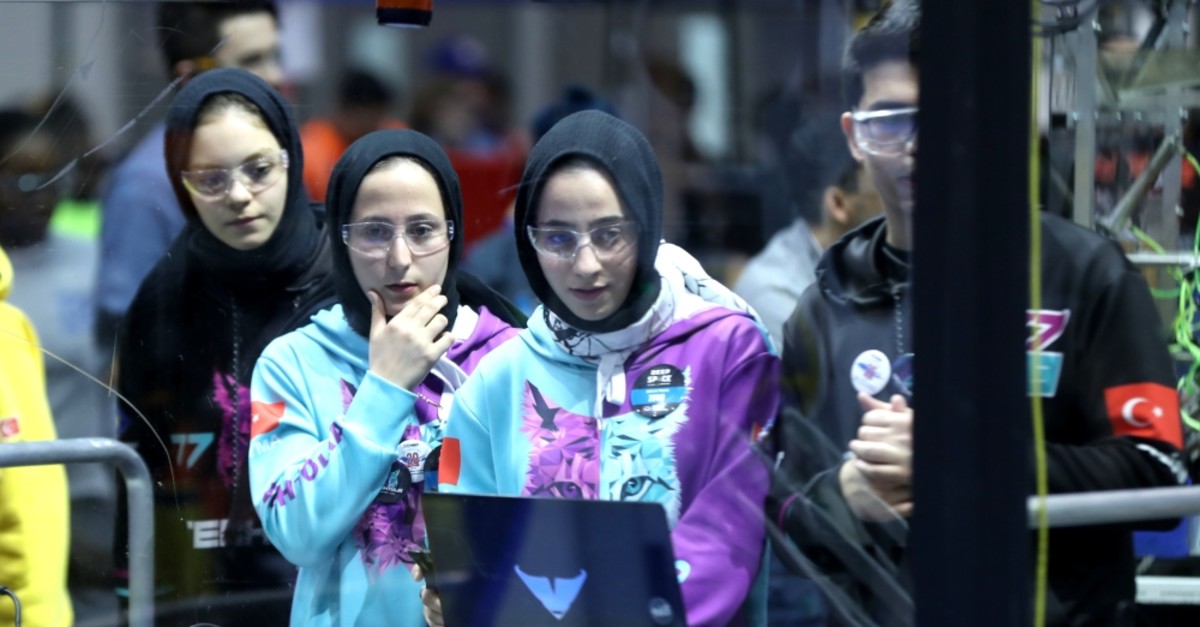 Students from imam hatip school is among Turkish teams competing in the contest.
by Anadolu Agency Mar 28, 2019 10:21 pm

After flying to the Big Apple for an international robotics contest, a team of girls from a religious high school in Turkey are receiving high praise. The team, students at a science-intensive religious imam hatip high school, took part in the FIRST Robotics Competition on March 24-27 in New York City.

"We've started to see the fruits of our efforts in science and technology in the imam hatip schools," Faik Tanrıkulu, head of foreign affairs at the ÖNDER Foundation for imam hatip students and alumni, told Anadolu Agency. Tanrıkulu added that the team, called Techtolia, a pun on Anatolia, the Turkish heartland, is the only Turkish team taking part in the competition and will represent the country in the "best way." "The Önder Foundation gives high priority to science and technology as we have a scientific heritage built by Al Jazari, Mariam al-Asturlabi, and in modern times, Aziz Sancar," the 2015 Nobel chemistry laureate, he said, underlining the group's efforts to promote science education. Tanrıkulu described the past achievements of the foundation, with a similar group participating in a competition in China in 2018 who became finalists in several fields including intelligent robotics and laser cutting, and got awards in application, presentation and teamwork.

He explained that imam hatip schools admit academically successful students interested in science and intensively focus on the sciences as well as foreign language studies. He noted that the students go through one year of language preparation classes, ensuring that each becomes fluent in at least one foreign language (Russian, Spanish, German, Arabic or English), besides their mother tongue.

Imam hatip schools have also been established abroad to provide education for the children of Turkish expatriates. "From Albania to Tanzania, there are 54 imam hatip schools abroad. Both in Islamic countries as well as others where Muslims live, there are schools which employ the imam hatip model as formulated by civil society groups," he explained, adding that their instructional programs and educational materials are provided by Turkey.