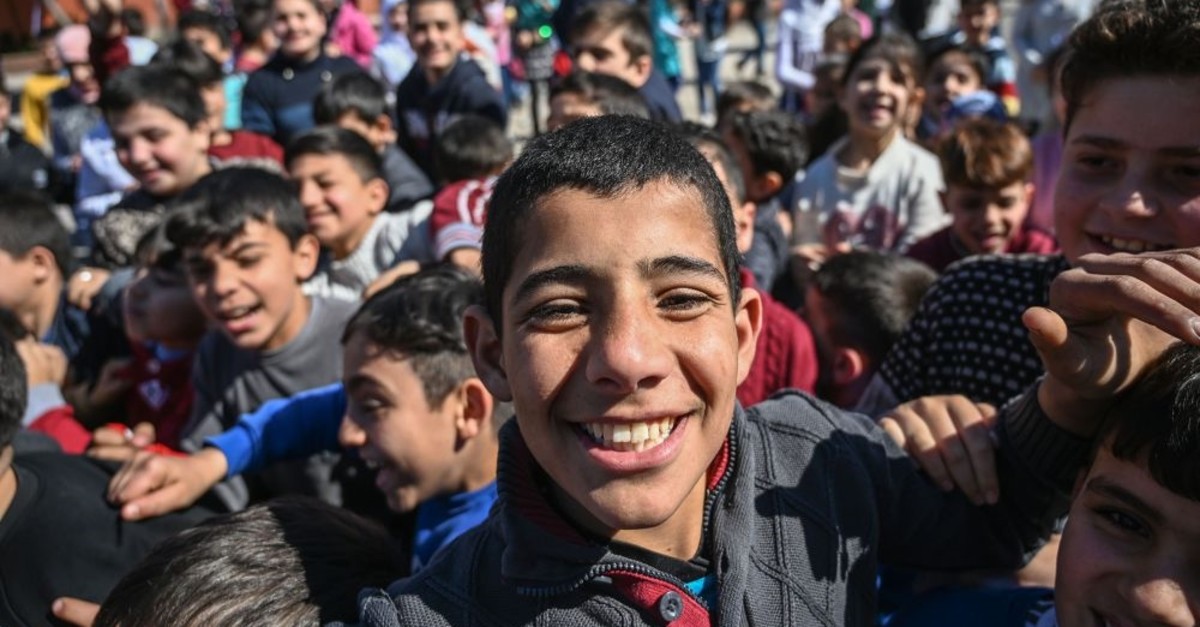 A lack of Turkish language skills is an obstacle for Syrians trying to access public services, a U.N. report says, citing that the country is shouldering the bulk of the financial burden and striving to cope with addressing the needs of refugees

A new report by the UNHCR says language is a major obstacle for Syrian refugees in Turkey and the country is striving to address their needs while shouldering the bulk of the financial burden the flow of refugees has created.

Currently, Turkey is home to 3.6 million Syrians as the war-torn country has been mired in civil war since 2011. This is the largest global refugee population and the largest Syrian refugee population in a world where countries bicker over how many refugees from the conflict-ridden country they should take. The UNHCR report entitled "Regional Refugee and Resilience Plan" focuses on what the international community should do to help those refugees this year and next year and highlights the challenges both Turkey and refugees face.

Turkey has spent some $37 billion on the care of Syrian refugees and the report says Ankara shouldered the bulk of the financial burden of the refugee response. The government has repeatedly called on other countries, particularly Europe, to share the burden as the European Union was blamed for a slow approach on releasing the funds it had pledged to Turkey for the care of refugees. About $3.5 billion was made available through an international convention of financial institutions and the United Nations, and this includes support to municipalities, public health, education and social services, along with an employment agency, to address the needs of the refugees. A developing country struggling to boost its economy, Turkey found itself in the middle of a crisis when an uprising escalated into all-out conflict in Syria. Rather than closing the borders, Ankara kept them open amid an influx of displaced Syrians fleeing the war. It still pursues an open-door policy, although increased security concerns due to terrorist groups that emerged near the Syrian side of its border forced the country to restrict access.

The report says Turkey allowed Syrians to access health care under the same conditions as Turkish citizens. "Local hospitals called up to respond to the most acute needs but areas hosting large number of Syrians faced high demands on resources and ultimately, the quality of services was impacted," the report adds. Turkey, in response, expanded health services and bolstered it with employment of Syrian health personnel working alongside Turkish doctors in special health centers for refugees.

Refugees can access health, social and education services but "language remains the largest barrier," according to the report. "This is largely visible in health and education where, even though the services continue to be provided free of charge, Syrians under temporary protection face difficulties in understanding procedures and instructions," the report says.

Another report published last year by a Turkish nonprofit organization says language is particularly a problem for female refugees who have trouble integrating more into social life. Women and children make up the majority of the Syrian population in Turkey. Only one in every four refugee women say they have Turkish friends according to the report. A total of 79.7 percent of women say it is because they "don't speak Turkish" that they could not make friends, while 10.4 percent say their immediate circle of acquaintances are entirely Syrian and they can only communicate with people of their own ethnicity. Language also proves to be a hurdle for refugees in accessing the labor market. The UNHCR says that the community was concerned over difficulties in that area as the main challenge in finding jobs, along with lack of information about their rights and competition for jobs. Turkey grants work permits to refugees but lack of language skills make it difficult for them to integrate into the local labor force. To help refugees more, the government has introduced subsidies for businesses employing them and Syrians can also work in seasonal agricultural or animal husbandry jobs within the scope of work permit exemptions.

The UNHCR report also says that in places with high concentration of refugees, especially in border towns and the most populated city, Istanbul, the needs of refugees outweigh the ability of institutions to respond to these needs. It highlights that public institutions need additional resources and expertise to cope with the high numbers.