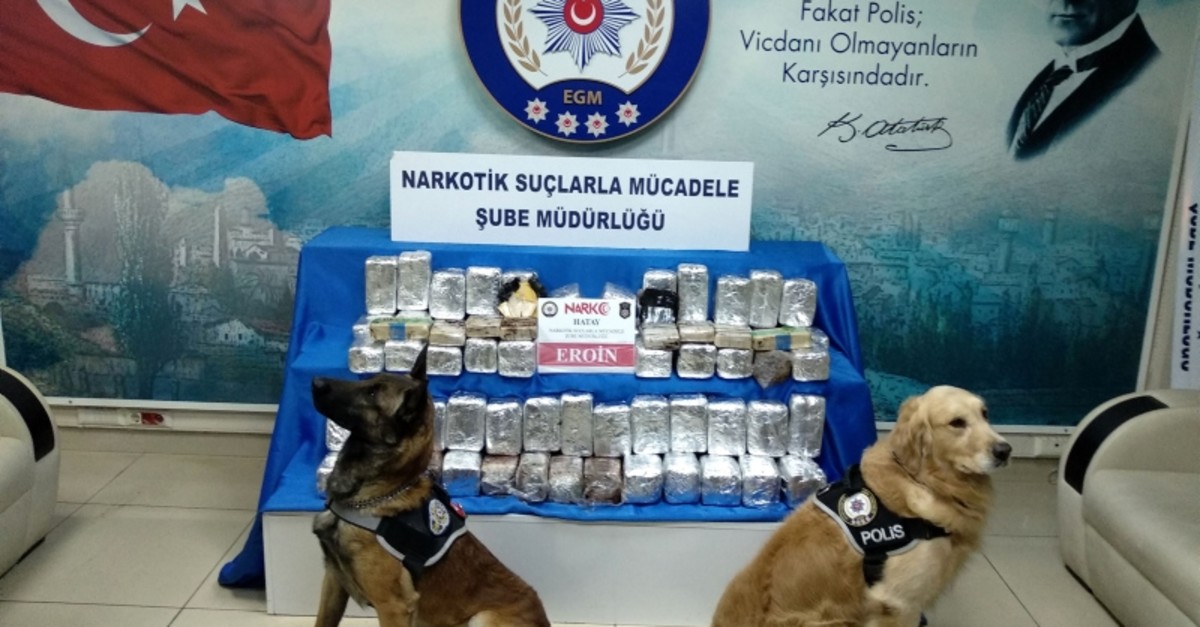 Acting upon intelligence, the counternarcotic branch of the Hatay Police followed a truck with a foreign license plate that crossed into Turkey from Habur border gate along the Iraqi border.

Police stopped and searched the truck in Nurdağı district, and found the heroin stored in packages concealed with spices.

The driver of the truck, identified as M.M., was detained by the police.

Turkish security forces carried out more than 134,000 narcotics operations in 2018, according to the Interior Ministry.