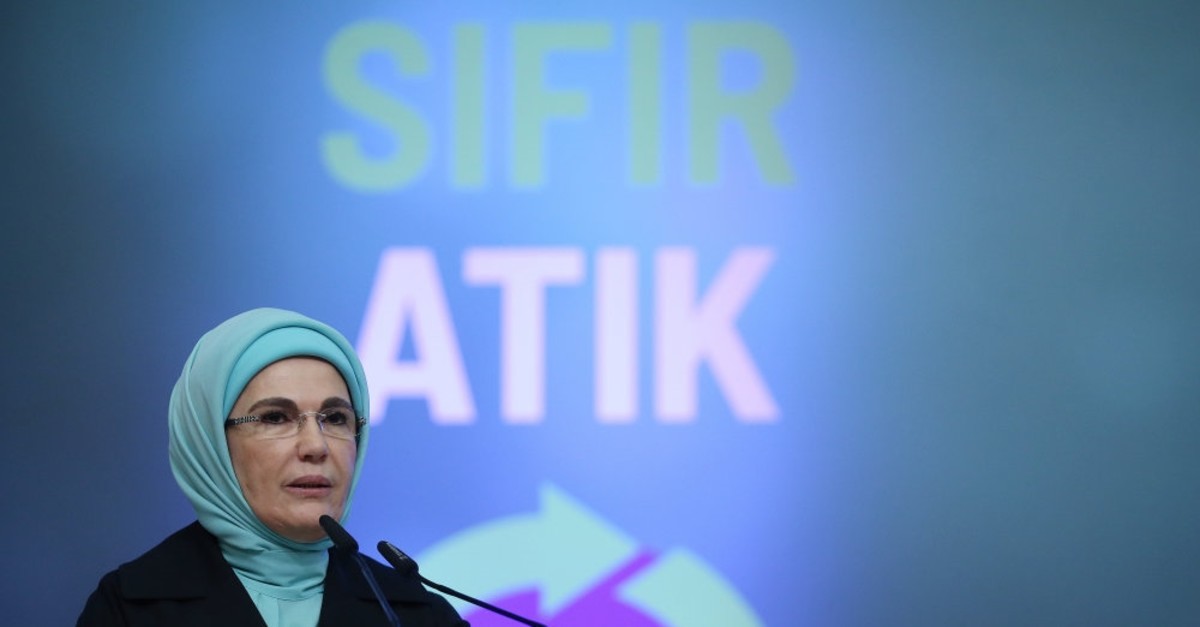 Emine Erdoğan will be the first Turkish first lady to attend the World Economic Forum (WEF) when the influential organization holds its 10th Middle East and North Africa summit in Jordan over the weekend. Her debut, however, has a more significant agenda, the Zero Waste campaign. Erdoğan, who championed the project she launched two years ago for Turkey's fight against pollution, aims to bring international awareness to the issue.

Erdoğan will address a session entitled, "Shaking Up The Middle East," which will seek answers on how to maintain better communication between regional leaders and the youth to establish future social and economic systems, in a region where two-thirds of the population are under the age of 30 and demand action, transparent leadership and social equality. Erdoğan will speak about how to achieve a sustainable environment, the fight against climate change and her Zero Waste campaign. She will highlight the damage done by plastic waste, which remains a threat to a sustainable environment. Turkey's Minister of Environment and Urban Development Murat Kurum will also speak at the event.

The first lady's Zero Waste campaign saw some 14,000 public institutions, from the presidential complex to ministries and their branches, integrated into the project which covers recycling of waste, sorting the waste at its source and recycling food waste into compost. The campaign helped Turkey rediscover its potential to be a more eco-friendly country, despite heavy industrialization in recent years. The ensuing recycling drive saw zero waste collection areas being set up from shopping malls to businesses, schools, hotels and airports, et cetera. The drive saved more than 30 million trees between 2017 and 2018, with the recycling of more than 1.7 million tons of paper waste and cartons.