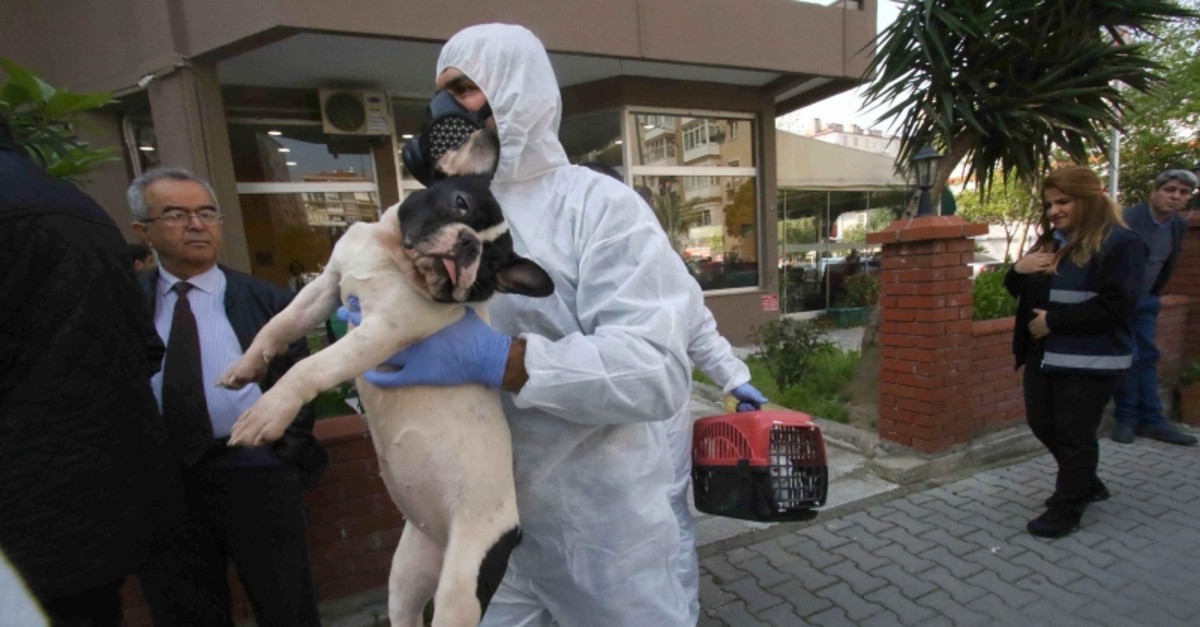 Acting upon the complaints of neighbors, municipality crews in western province of Izmir found an astonishing number of animals confined in a flat.

The residents of a seven-story apartment building in the neighborhood of Manavkuyu in Bayraklı district applied to the district governorate and municipality, complaining that a large number of cats and dogs were being held and left for dead in a flat on the fifth floor.

A local court issued an order to inspect the flat, and municipal crews accompanied by police officers arrived at the scene on Saturday.

The resident of the flat, identified by her initials B.E., refused to open the door, which prompted officers to break into the house. However, the officers could not initially get in due to the foul smell. Once they put on protective outfits and masks, they found a shocking 47 cats, six dogs and a turtle amid heaps of objects scattered inside the house and feces.

While personnel from the local veterinary directorate removed the animals from the house, B.E. and one of her relatives protested and did not want to let the animals go, only to meet further anger from the other residents.

Following the removal of animals and cleanup, employees of the cleaning directorate carried out disinfestation work in the flat.

The municipality said that the cats and dogs, which were taken to animal care and rehabilitation centers, will be given to new owners to be adopted once their treatments are completed, while the turtle will be handed to the local nature protection and national parks directorate.

Residents of the apartment told Demirören News Agency that they have been suffering with this problem and the flat for a long time now. It was reported that municipality crews also intervened in B.E.'s flat back in 2015 and found dead animals inside.